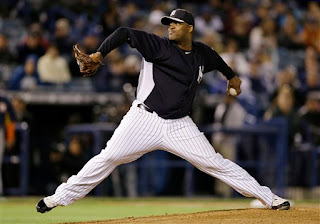 - Kevin Youkilis: 1-3, 1 2B, 1 R, 1 RBI, 1 K, 1 LOB.  Another run-scoring XBH for Youkilis, who continues to slug the ever-loving shit out of the ball this spring.  He might have that cleanup spot in the batting order locked up.

- Ichiro: 0-4, 2 LOB.  The only regular with this many ABs who didn't contribute at the plate.  Sorry, guy.  Somebody has to take the fall.

David Phelps gets another start, his last of the spring, as the Yanks hit the road to take on the Orioles tonight.
Posted by Unknown at 7:36 AM