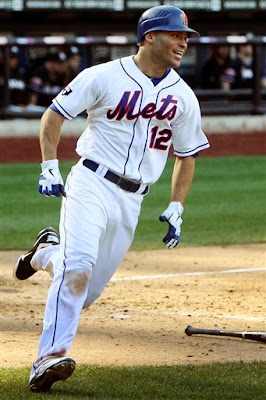 Andruw Jones is moving on to Japan to become a real-life Mr. Baseball, and the budget doesn't provide Cash the means to go out and sign a bigger name like Cody Ross or say, Nick Swisher, so once again the Yankees will be down in the rough digging for another diamond.  The need is clearly there, but with the major portion of the offseason already passed, the supply of viable righty OF bat options is dangerously thin.
Read more »
Posted by Unknown at 11:52 AM No comments: 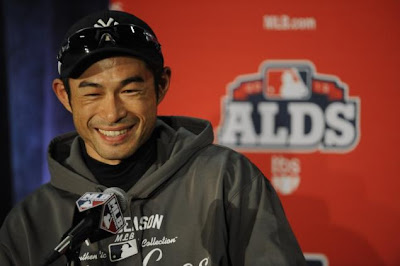 (You'd be smiling too if you got a guaranteed 2nd year from the Yankees.  Courtesy of The Daily News)﻿

I didn't bother posting this last night, even though that's when the story "broke," because this deal has pretty much been in the bag since the first round of reports came out last week.  But the I's have been dotted, the T's have been crossed, Jim Miller has been DFA'd to clear a spot on the 40-man, and Ichiro Suzuki will be the starting right fielder for the New York Yankees in 2013.

As previously reported, it's a 2-year deal worth $13 million, $6.5 mil per for luxury tax purposes.  I still can't help but think the guaranteed second year is Hal's way of trying to cash in on another 3,000 hits chase, and if it is then that is a horrible reason to sign a 40-year-old player, but at least now the major holes in the lineup have been plugged.  I've written plenty about Ichiro already, so scroll back through this month and last month's archives if you want my take on him.  The bottom line is the Yankees added contact skills and speed to their lineup, with the chance for a slight uptick in power hitting in The Stadium for half a season, and upgraded defensively.

Ichiro signing now gives the Yankees an all left-handed starting outfield, something that is problematic given that all 3 guys have at least a slight platoon split in their production even on their best days.  A right-handed hitting 4th outfielder is almost a must right now, but with what's left available on the FA market, pickings are pretty slim.