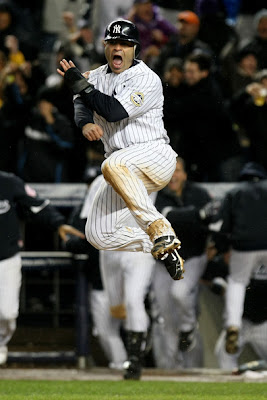 And if you're keeping score at home, the bench right now consists of Pena, Cervelli, Miranda, and that Jamie Hoffmann kid. Here's hoping he turns out to be some type of modern day Roy Hobbs, otherwise letting Hinske and Hairston go is going to look dumb.
Posted by Unknown at 1:34 PM No comments: