I've got no team rooting interest in the Super Bowl this weekend (Packers fan), but that doesn't mean I'm going to be entirely neutral.  I'm rooting for Beyonce to fall down during her lip-synched halftime show, and more importantly I'm rooting for Ray Lewis to lose.  There might not be a bigger piece of shit in professional sports than Ray Lewis.  He's a lying, phony, self-righteous, self-absorbed overrated fraud who wraps himself in religious banter to cover for his shortcomings and mistakes.  At best.  At worst he's a murderer.  And yet the mainstream sports media has conveniently forgotten all about that and gotten in line to wash his balls for the last 10 years because he does a goofy dance and says "God" a lot.  What a bunch of crap.  I'm glad he's retiring, I'm glad I never have to see him jump off the top of a pile after a 5-yard gain and celebrate like he just won the lottery again, and I hope he goes out missing a tackle on the final play of the game that leads to San Francisco's game-winning score because that's what he deserves.  Ray Lewis is hot human garbage.  Now onto the links!

- On Monday, Derek Albin of Pinstripe Pundits pictured a worst case scenario where the Yankees were sellers at the trade deadline and mused on who they might move in that scenario.

- Mike Jaggers-Radolf of TYA asked if Mark Teixeira was the key to the Yankees' success in 2013?  Given the events that have transpired this week and the omnipresent age-related concerns, I would say he's going to be a big determining factor.

- On Tuesday, George S of Gutty Gritty Yankees examined the Marcel projections for AL East catchers, and what they might mean for Francisco Cervelli in 2013.

- Chad Jennings of LoHud mused on what Brett Gardner's return could mean for the Yankees this season and in seasons to come.

- On Wednesday, Mike Axisa of RAB provided a much-needed dose of sense and reality to the "void A-Rod's contract" debate that's been raging since the new PED story came out.

- El duque of It Is High... did something similar, but in a much awesomer fashion, by calling out all the Yankee fans who are siding with the Steinbrenners and rooting for A-Rod's contract to be voided.

- Rebecca Glass of This Purist Bleeds Pinstripes had an even more interesting take on the A-Rod PED story, choosing to turn the spotlight on MLB and the MSM for their blatant double standard when it comes to handling steroid cases versus domestic/sexual violence cases.  You know, real ACTUAL crimes.

- On Thursday, Mike Bates of Pinstriped Bible used the old comic book retcon trick to look at how recent Yankee history might have been different if the Yankees had never signed A-Rod.

- Abe Froman of NoMaas commented on Curtis Granderson's high K total in 2012 and what it could mean for his 2013 production potential.

- Hunter Farman of Yanks Go Yard wondered if Pat Venditte could make his way to the show this season.  Considering his recent injury and low value as a prospect I would say no, but it's always worth asking about a guy with Venditte's unique skill set.

- On Friday, Daniel Burch of The Greedy Pinstripes profiled Greg Bird, a 5th round draft pick in 2011 who hasn't found his traction yet in the Minors but does have some real upside.

- Brien Jackson of IIATMS poked holes in Lupica's stance on the A-Rod situation.  Any time somebody is taking shots at Lupica, I'm on board.

This week marks the 1-year anniversary of the Linkapalooza becoming a weekly feature on AB4AR.  Actually the real anniversary was on Sunday, but I didn't want to jump the gun last Friday.  Didn't seem right.  Anniversaries always need to be celebrated and it only seems appropriate to mark this momentous milestone with some Queens.  The Linkapalooza started with QOTSA last January and it celebrates its first birthday with QOTSA today.  Gotta love consistency 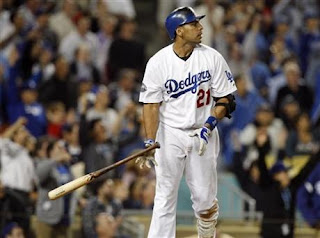 We're now less than 2 weeks away from pitchers and catchers reporting to Spring Training, which will signal the end of the 2012-2013 offseason and start the transition towards the 2013 regular season.  The Yankees released their list of non-roster invitees to camp yesterday, all 44 of them, and combined with the guys on the 40-man roster they should make for a very entertaining camp.  There's a heavy dose of young MiL players and prospects in this 44-man group, with a sprinkling of older veteran players, mostly the guys who've been recently signed to MiL deals to compete for bench jobs.  Full list of non-roster invitees and a few quick thoughts on the group after the jump.