Slade Heathcott Out Until May

This might have flown under a lot of people's radars over the weekend, what with St. Patrick's Day and the Yankosphere still buzzing about the Andy Pettitte signing.  I almost missed it myself until I saw the post up on RAB yesterday, but Slade Heathcott is still rehabbing from the left shoulder surgery that ended his 2011 season and isn't expected to be fully recovered and ready to play until May.

This is a big blow to Heathcott.  He was having a solid season before he went down last year and was expected to be the starting center fielder for High-A Tampa, but his shoulder issues continue to hinder his development.  This was the 3rd surgery on his left shoulder in the last four years, and as a prospect who is still very raw and in need of refinement of his overall game these surgeries are starting to become an issue.  Even if he's physically ready to play in early May, Heathcott likely won't be fully rounded into game form until June, and there's no way to get that two months of missed plate appearances back.

I'm very high on Heathcott because of the tools he brings to the table and how hard he plays the game.  Like many others, I had him in my top 10 list of Yankee prospects but this latest setback has him at serious risk of tumbling down the rankings.  It's bad enough that Heathcott struggles to stay healthy and has yet to play a season where he's accumulated more than 300 PA.  Now with Mason Williams and Ravel Santana on the map and breathing down his neck in Charleston, Heathcott is dangerously close to being lost in the shuffle of high-ceiling OF prospects in the Yankee system.
Posted by Unknown at 2:08 PM No comments: 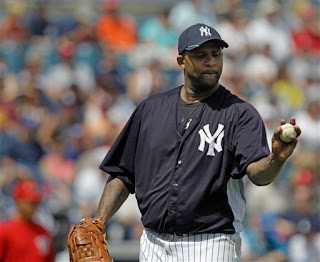