By the time you, dear readers, start perusing this week's Linkapalooza, I'll hopefully be well on my way to a fantastic time drinking as many beers as possible and watching the second day of opening round NCAA tournament action.  I found out on Wednesday that the boss was going to be out of the office on Friday and decided right then and there that I was going to pull the old "bail out of work without telling anybody to go watch the tournament" trick.  I've never done it before and it's something that, as a diehard fan of pretty much every sport, I felt like I owed it to myself to do.  As far as I'm concerned, the opening round Thursday-Friday of the tourney should be a national holiday, similar to the Monday after the Super Bowl.  If you're still stuck in your office or cube reading this, I feel for you, I really do.  I'll make sure to have an extra order of wings for you.  Now onto the links!

- Derek Albin of Pinstripe Pundits did some research on the history of Mark Teixeira's injury to see just how worried we should be about the change in diagnosis.

- William Juliano of The Captain's Blog compiled all of the Yankees' current injury concerns into one easy-to-use (and easy to drink to) graphic.

- Josh Norris of Minor Matters had a little profile piece on Rob Segedin and the changes he's made physically and positionally to get ready for the 2013 season.

- On Wednesday, Daniel Burch of The Greedy Pinstripes made his 25-man roster prediction.  It's not much different than my last version, with his Nix to my Mustelier for UTIF.

- Abe Froman of NoMaas attended the Yanks-Phils ST game in Clearwater and offered up some observations and visuals from the experience.

- EJ Fagan of IIATMS/TYA debunked the myth that the introduction of the amateur draft hurt baseball in Puerto Rico, an apropos topic considering the rumors of MLB wanting to expand to an international draft.

- On Thursday, Mike Axisa of RAB discussed the major problem the loss or lingering injured-ness of Derek Jeter will cause for a lineup already woefully short on good right-handed hitters.

- Fishjam25 of Yankees Fans Unite asked if the leadership Robinson Cano displayed in the WBC will translate over to the Yankees.  Certainly wouldn't hurt his case for a new contract if it did.

- Chad Jennings of LoHud had some details on the work Eduardo Nunez has put in to improve his defense.  Still waiting for that to show up on the field...

- Hunter Farman of Yanks Go Yard took a look at some MiL guys who don't appear to have anywhere to go in the Yankee organization.

- On Friday, el duque of It Is High... penned an open letter to Hal Steinbrenner comparing him and his team building efforts to that of Isiah Thomas.  That's about the worst insult you can give to somebody in the New York professional sports team management field, and it's not completely inaccurate.

This week's Friday Jam is "These Days" by Alien Ant Farm.  Good tune to kick off a relaxing basketball-filled weekend. 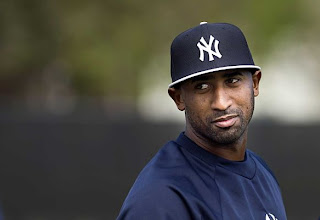 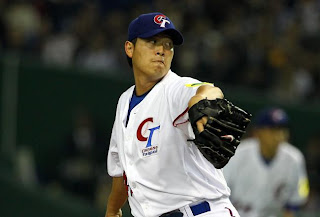