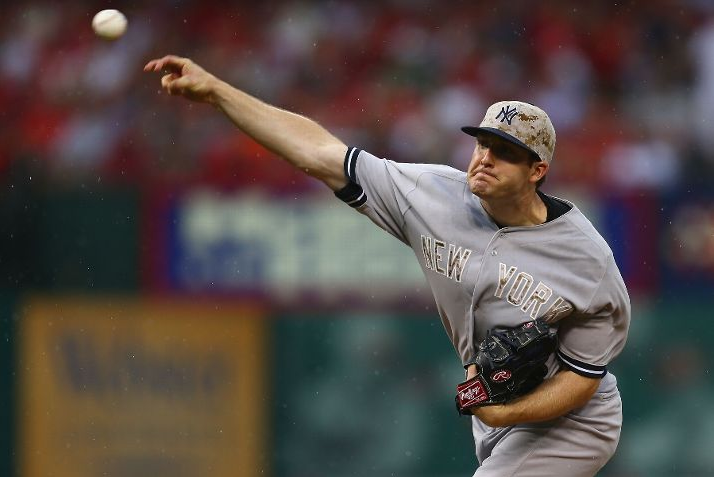 Hope everybody is enjoying their Memorial Day.  Here's the latest on the batch of injured/rehabbing Yankees if you're near a computer:

- Michael Pineda is slated to pitch 2 innings in an ExST game in Tampa tomorrow.  No word on how many of these games he's expected to pitch or what his pitch count will be.

- Carlos Beltran took 15 dry swings with a fungo bat today and felt good, and the plan is for him to take more tomorrow.  According to Jorge Castillo, tomorrow's session will include 30 swings with a real bat.

- Via Dan Barbarisi, Shawn Kelley threw on flat ground from 75 feet today "with no issues".  I imagine the team will see how he feels tomorrow before making a decision on the next step.

- If you missed it earlier, Mark Teixeira was scratched from the lineup with stiffness in his surgically-repaired right wrist.  Sounds minor, some normal post-surgery effects.  Details can be found in the post below.

Mark Teixeira was penciled in as the starting first baseman today when the Yankee lineup was first released.  A few minutes ago, he was scratched and replaced by Kelly Johnson.

Multiple beat reporters had the story, but so far there has been no explanation from the team on why Teix was scratched.  Thinking back to the tired legs he talked about having during and after the Milwaukee series, maybe it has something to do with that.  Better to play it safe with him with how shorthanded the middle of the batting order is right now.  More on this story as it becomes available...

** UPDATE 12:55 PM- Via Mark Feinsand, Teix's right wrist was feeling stiff.  Joe decided to give him a day off today to rest it and said he was "hopeful" he could have Teix back in the lineup tomorrow. **

** UPDATE 12:57 PM- A few more details on the wrist, via Dan Barbarisi and Andrew Marchand.  According to Joe, Teix has been dealing with the stiffness for a few days, but it's not considered a big deal and no tests are scheduled.  That's good news. ** 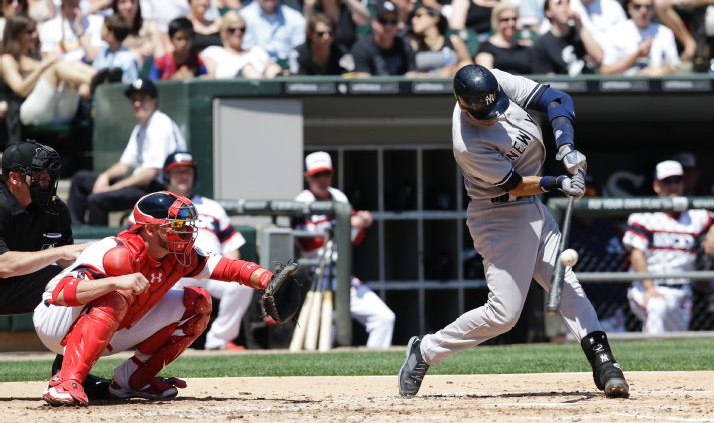