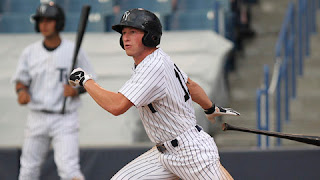 This comes as no surprise to anybody who's familiar with Montgomery's body of work.  I've advocated for his call up to the show on multiple occasions, once before last year's roster expansion date (which may have been a little hasty) and recently as part of the MiL group I think we will see in a Yankee uniform in 2013.  But Heathcott is a different story.  He's 22 years old, but not nearly as polished as Montgomery, and with less high-level experience under his belt.  Heathcott is as toolsy as they come, but he's got more working against him than for him on the path to the Majors in 2013 and to look past that would be wrong.
Read more »
Posted by Unknown at 12:29 PM No comments:

Who Is Russ Canzler And Why Should We Care About Him? 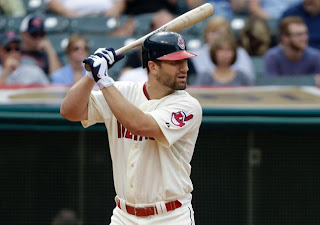 The Yankees continued their efforts to scrape the bottom of the barrel for right-handed hitting options late last week, plucking utility man Russ Canzler off waivers from the Indians on Friday.  While not quite a fair return for losing Nick Swisher to Cleveland, Canzler does give them another option to check out in ST along with the recently-signed Matt Diaz.  But it seemed like some spots around the blogopshere were higher on Canzler than I expected for a guy who's been a career Minor Leaguer to date, penciling him into early depth charts and discussing him as a legit right-handed DH option.  I admittedly am not all that familiar with Canzler, so I figured I owed it to myself to see if this guy can actually bring some value to the table.