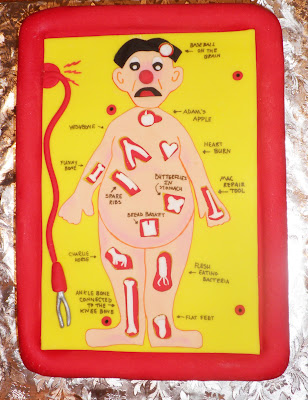 It's amazing what a team can do when they get good starting pitching.  The Yankee rotation has been excellent over their 5-game winning streak, providing both length and quality innings, and giving the lineup time to break out if its slump.  They've had the benefit of pitching against the hacktastic Royals and the downright weak A's lineups, and that luxury ended last night in the first game against Albert Pujols and the Angels.  California Kid Phil Hughes was starting and looking to keep both the rotation's, and his personal, streaks of success going against Anaheim ace Jered Weaver.

- It's always a goal to get Weaver out as early as possible, but even the Yankees couldn't have hoped to get him out THIS early.  Weaver injured himself throwing a pitch to Robinson Cano in the top of the 1st after already allowing a run and that was it for him.  The Yanks managed to plate 2 more in the inning and quickly led 3-0 thanks to 2 Anaheim errors.

- Unfortunately, Phil decided he didn't want to spot his pitches and he gave the lead back and then some in the bottom of the 1st, giving up 4 runs on 5 hits.  By far the strangest start to a game for the Yankees so far this season.

- As he tends to do quite often, Curtis Granderson responded loudly in the top of the 2nd with his 15th HR of the season.  It was a line drive to right, and barely cleared the outfield wall, but it had just enough lift on it to make it a 4-4 game.

- Hughes gave up 2 more runs in the 3rd and 4th, and then it was time for the Mark Teixeira hit parade to continue in the top of the 5th.  Batting from the right side, he hit a 3-2 fastball over the Yankee bullpen in left to make it 6-5.

- The Angels extended to 8-5 in the 6th on a Kendry Morales 2-run double, but the Yankees came right back in the top of the 7th on a sac fly and a 2-run double by Russell Martin.  Neither team's bullpen was particularly effective in holding whatever lead they were given.

- After Boone Logan got them to the 9th, it took just 3 pitches for Cory Wade to give up the game-winning, walk-off HR to Mark Trumbo on a hanging changeup.  Life's tough without the G.O.A.T. closing games.