The Yankees' draft strategy was very transparent this year.  They were focused on loading up on college players with high probabilities of at least reaching their production floors who would be easy and cheap to sign.  That focus was with the goal in mind of spending big on the international free agent market, something we've heard about for months.

Well that plan may already be starting to take shape.  According to Andy Martino of The Daily News, the Yankees have agreements in place with 3 big-name international free agents.  Martino's unnamed source stated that the agreements are with shortstop Dermis Garcia for $3.6 million, shortstop Christopher Torres for $2.6 million, and third baseman Nelson Gomez for $2.8 million.  All 3 players are 16-year-olds and from the DR.  Garcia and Gomez have plus raw power according to most scouting reports, and Torres has the tools to stick at short long-term.

If these values are accurate, that's $9 million on 3 players right there.  The original estimate of the Yankees' spending spree was in the $12-15 million range, so we'll see how many more players' names pop up over the next few weeks.  The international signing period doesn't officially start until July 2nd.
Posted by Unknown at 3:32 PM No comments:

It seems clear Yanks don't win at home because they don't hit home runs and other teams do. On the road, their pitching can dictate outcomes
— David Waldstein (@DavidWaldstein) June 12, 2014

David Waldstein tweeted that thought out earlier this morning in response to last night's victory, and while it's not 100% accurate, there are shreds of truth in there that can help explain some of the team's offensive struggles.

It's not that the Yankees don't hit home runs at home.  Of their 52 total HR to date, they've hit 35 of them at home in 29 home games and 17 in 35 games on the road.  But the suggestion that the Yankees are not taking full home field advantage at YS3 is a valid one.  They've scored 106 runs in their 29 home games, good for 3.65 runs per game, compared to 150 runs in their 35 road games, good for a 4.29 R/G average.  In 6 more road games, they have 50 more total hits, including more doubles and triples and more stolen bases as a result.  The value of the higher power output at home is not being maximized because there haven't been as many guys on base to drive in. 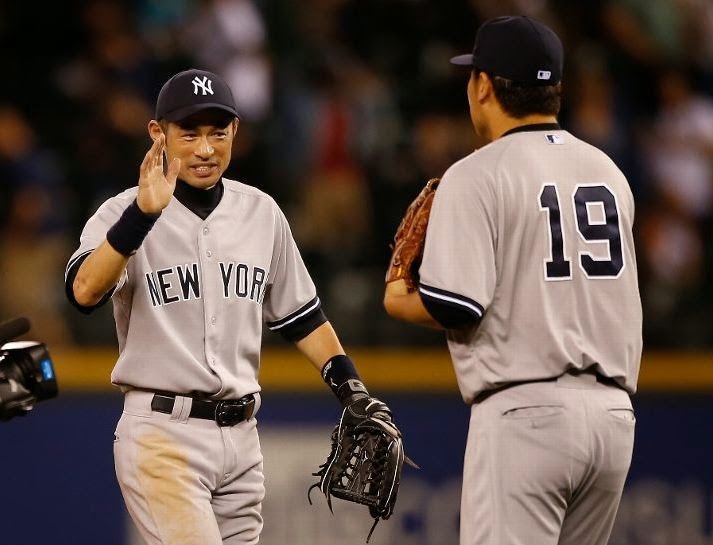