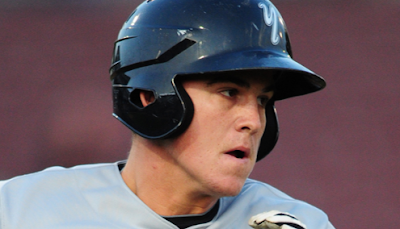 (Yes, this kid is the future. Screen cap courtesy of MLB.com)﻿

Tonight's game is still 4 hours away, and I'm probably going to get screwed on the regional FOX coverage again because the lameass Brewers are on the schedule as well.  So that being the situation it is, and us being right around the mid-way point of the Minor League season, why not have us some good old-fashioned free-flowing commentary on the Yankee MiL system?  Good?  Good. 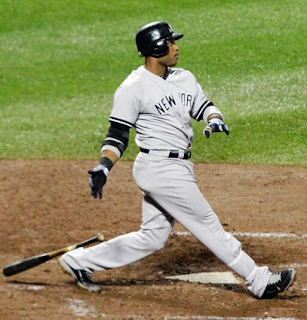 The losing streak is official now, so that's a bummer.  Andy Pettitte was on the mound to face Jonathon Niese again last night, and like his last appearance against the Mets, this one was marred by one bad inning.  That "one bad inning" theme has really come back to haunt the Yankee starters this week, as has the offense's inability to drive in runs when they put runners on base.  Both of those problems were the direct causes of last night's loss, and something the Yanks need to clean up to start getting back on the right side of these close games.

- You wouldn't have known it at the time, but the game was basically over after the 1st inning.  Andy gave up 5 runs on 5 hits and 2 walks in the bottom of the 1st, the big blow a 3-run HR by Ike Davis on a hanging slider that Nick Swisher almost (and probably should have) brought back.

- After that disastrous 1st, Andy worked the next 5 innings scoreless, giving up only 2 hits and recording 12 outs either on the ground or via strikeout, but the damage was done.

- It was like the tale of 2 Andys.  In the 1st, he didn't seem to have a feel for any of his pitches.  In the 2nd-6th, it was like the Andy we've seen since he came back.  Really strange.

- The offense was homer-happy again (Alex Rodriguez and Andruw Jones each crushed solo jobs in the 6th and 7th to make it 5-2), but other than that there wasn't much generated against Niese.  They put 2 runners on in the top of the 1st and 2nd innings and turned those opportunities into nothing.

- Cory Wade replaced Andy in the 7th and gave up a big run on an Omar Quintanilla single and David Wright double to make it 6-2 Mets, and that extra run really stood out after Robinson Cano hit a 2-run bomb in the 8th to pull the Yankees within 6-4.

- 2 runs was as close as the Bombers would get, despite Frank Francisco's best efforts to give the game back.  He gave up a deep line drive by Russell Martin to lead off the 9th that Andres Torres made a diving catch on, put the next 2 baserunners on with 1 out, and then got bailed out when Curtis Granderson took strike 3 right down the middle and Mark Teixeira popped a belt-high fastball up to short to end the game.