The Yanks appear to be all done with the Major League free agent market now that we've entered the final week of the offseason before pitchers and catchers report.  Per Adam Rubin's latest report, they might want to rethink that strategy and make a move for Stephen Drew.

According to Rubin, Scott Boras is looking for a multi-year deal with an opt-out clause after the 1st year for Drew.  That's enough to scare off the Mets, and the rest of MLB already hasn't been quick to jump at Drew thanks mainly to the draft pick forfeiture that comes with him.  Drew makes a ton of sense for the Yankees for baseball reasons, not so much on business reasons.  This opt-out clause could actually work to their advantage in reducing some of that business risk on the deal. 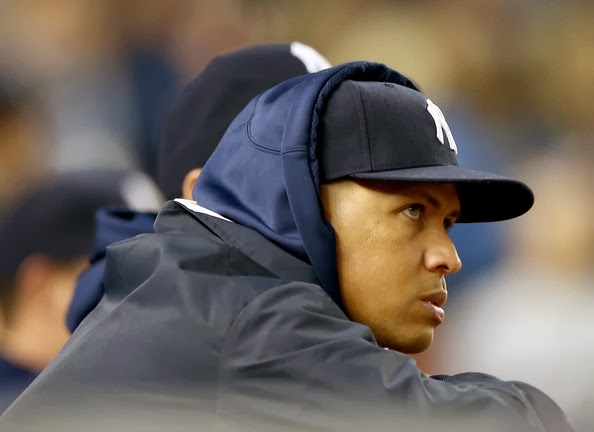 After burning every bridge on his way to fighting what he believed was a conspiracy against him and trying to get his 162-game suspension reduced, Alex Rodriguez has now apparently changed course and decided on a less combative course of action.  As first reported by Jim Baumbach of Newsday, A-Rod voluntarily dismissed his lawsuits against MLB, MLBPA, and Bud Selig yesterday, the day that was his side's deadline to respond to MLB's request that the case be thrown out.  A-Rod's lawyer, Joe Tacopina, confirmed that Alex will no longer try to fight the suspension and will not be attending Yankee Spring Training.  After all the initial weirdness of this story, all the barbs traded in the media, and all the accusations from both sides, it looks like this media circus is finally closing its tents and moving out of town.