Linkapalooza Nugget For The Day

While the rest of us bitch and moan and wonder what the Yankees are going to do about their awful bullpen and bare bones bench, Bill Schedler at The Bronx View put together an excellent piece on being a true Yankee fan and what that means to him.

I will take a bit of umbrage with Bill's over-the-top desire to use the "we" term when talking about the Yankees, but that primarily comes from me having to talk to so many fugazi Yankee, Met, and Red Sox fans throughout my life who could barely name 5 players on the current roster yet continued to talk about how "we ahh going to fackin' kill you guys this yee-ah" like they were going to be batting leadoff that night.  But in Bill's case, his devotion and loyalty to a team (especially the Yankees) gives him a free pass to throw "we" around in my book.

Everything else in this post was spot on, from Bill's take on what the game of baseball used to be and used to mean to those who played to where it is and what it stands for now ($$$$$), to his logic explaining how fans, true fans, are just as much a part of the team as players are because they are the one constant in any professional sports team, to his points about what makes Yankee fans in particular such a great fanbase.

If you have 10 minutes today, give this post a read through and take a minute to consider your own fan-dom.

(And then you can get back to worrying about who's available out of the 'pen tonight and complaining about how much Randy Winn sucks)
Posted by Unknown at 2:06 PM No comments: 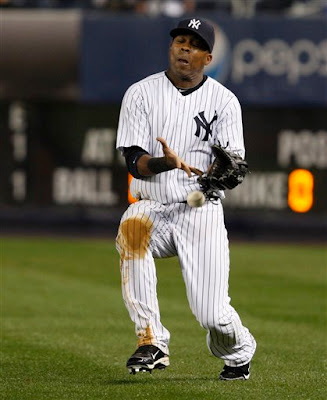 (Photo used courtesy of LoHud)
Did anybody even WANT to win last night's game???  There was bad starting pitching (Boston), bad relief pitching (Yankees), bad baserunning (Boston), and bad fielding (both).  In the end it was the double trouble combo of Marcus "Stonehands" Thames and the suddenly human Mo that cost the Yankees what could have, would have, and should have been an ugly win, wasting a solid CC outing in the process.  Joba also looked like a pile of shit in the 8th inning and Papelbon almost coughed it up again in the bottom of the 9th.  I was almost ready to call the thing a tie.

Joe really wasn't kidding when he said the bullpen is a mess right now.  The Yanks are either stuck with guys who can't work because they threw too many pitches in their last outing or guys who just flat out can't get 3 outs to save themselves.  That's also now been 2 straight outings where their best 2 have looked more like Clark Kents than Supermen and judging by their pitch counts last night, I would say they are also both unavailable tonight against the Rays.


And to really sting your ass if you're a Yankee fan, if the bullpen wasn't in such shambles, the Yankees wouldn't have had to option Greg Golson down to make room in the 'pen for Mark Melancon last night, Golson would have been in right field in the bottom of the 9th instead of Thames, and he probably wouldn't have dropped the easiest pop up in the history of pop ups. 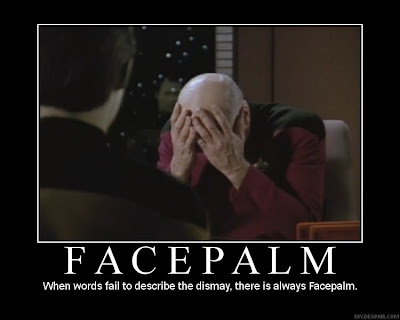 When you're talking about Greg Golson being the key factor to a win, you know it's tough times.  Somebody rub some Icy Hot on Nick Swisher's (or Steve Swisher's) biceps and get him back out there, STAT!!!
Posted by Unknown at 7:35 AM No comments: