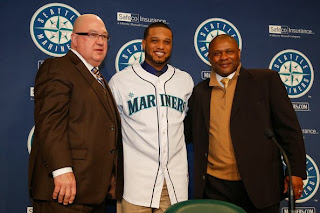 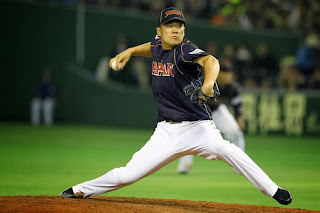 Alex And Randy, An Email Match Made In Heaven

Stop me if you've heard this one before.  Alex Rodriguez and/or Randy Levine said or did something stupid in the press that's now coming out and making them look bad.  It's been about a week or 2 since either of them fell into that familiar trap and this time it looks like they've fallen in together.

Yesterday Steve Fishman of New York Magazine published a story comprised almost entirely of a series of email exchanges between A-Rod and Levine dating back to the early part of the 2011 season.  Reading through it in chronological order, you'll see how the relationship between them and the relationship between Alex and the organization has deteriorated over the last 2+ years, especially after the latest round of steroid accusations and suspensions came down.  What starts with Levine saying "I'm worried about your health, u sure u r ok?" ends with Alex pleading for Levine and the Yankees to stop what he perceived as helping MLB's investigation against him and telling Levine "what you are doing is ruining the business of baseball."

It's truly bizarro world stuff from the 2 guys in the Yankee organization who are the best at providing such stuff.  The whole thing is a must-read and a must-re-read when you're done and another classic example of the 2 things we know most about these men: Alex thinks everybody is out to get him and has an over-inflated sense of ego and Levine is a complete moron.