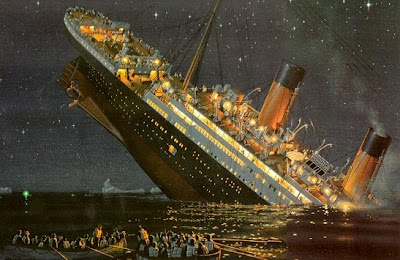 That disgusting sound you hear is the sound of UConn gagging away a game that they should have won easily in the last minute, and in the process effectively ending their season.

After getting their dicks knocked in the dirt by a bad Providence team on Wednesday, the Huskies came out today and shot 49% from the floor to Marquette's 38%, shot a pretty respectable 70% from the line, outrebounded Marquette 41-18, blocked 11 shots, and still held only a 3-point lead with 55 seconds to go, a lead that they turned into a 2-point loss with a combination of fouls, bad defense, missed shots, and the same level of general sloppiness and carelessness that has defined their season.  The fact that they committed 16 turnovers to Marquette's 2 also didn't help.

It's clear after this week that the Texas win last Saturday was just an aberration and the immature, uninspired bunch that we have seen for most of the season are the REAL 2009-2010 UConn Huskies.  Whether it's Jim Calhoun screaming at them and shuttling them in and out of the game or George Blaney calmly pacing the sidelines and sticking with what appears to work at the time, this team just plain doesn't have it.  There are no leaders on this team and there aren't going to be.  There also won't be an NCAA tournament bid.

So put your life vests on and get up to the main deck now, Husky fans, because this ship is going down.  Don't let their next win fool you into thinking they are starting to come together and make their run.  This team sucks and they're going to continue to suck.  The best thing you can do is start to forget about this year, hope Calhoun recovers from his ailment to return for next year, wish Jerome and Sticks well in their future NBA endeavors, and gear up for next year and next year's incoming class and hope that they have a little more in their nutsacks than these guys have.
Posted by Unknown at 4:21 PM No comments: