Is The Yankee Offense Good Or Not? 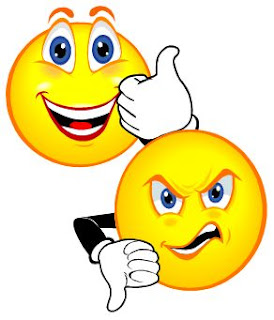 (The truth is probably somewhere in the middle.)
I've seen and read a lot of things this season that could easily lead me to believe "Yes" or "No," at any given time.  And as I touched on earlier in the week, consistency has been the major issue.  Last night was just the latest example of that consistent inconsistency as the offense could never capitalize on the multiple opportunities they had to pick up CC, choosing instead to shoot themselves in the foot.  So this morning I woke up thinking that the offense really wasn't as good as all the home runs might be leading us to believe, but let's let the numbers do the talking.

The Evidence For (MLB rank in parentheses where appropriate):

So there you have it.  Basically the Yankees aren't getting a lot of hits, and aren't getting key hits with RISP, but they are making up for that by hitting for a ton of power and drawing a lot of walks.  On top of their untimely hitting, they have cost themselves runs by failing to execute on stolen base attempts (14 for 24 after last night's basepath fiascoes), and grounding into too many damn double plays.  Even though I didn't dig deep enough here to find out the statistical support, I think it's safe to say that if the Yanks were hitting for league average power, that probably would have cost them some wins already this season because of how bad their leadoff production and clutch hitting has been.

Now some of this needs to be taken in context.  The Bombers have played 2-3 fewer games than almost every team in the league because of rain outs, making their lower hit total more acceptable and their run/home run totals even more impressive.  And we can assume that some bad luck has certainly factored into the low BABIP value (thanks a lot, Brent Lillibridge).  But things like a poor SB rate and the GIDPs are simply inexcusable, and personally I find the low RISP numbers a little disconcerting given the bulk of talent in this lineup.  When you add everything up I think it's fair to say that the offense has been good, but not as good as it could be.  Some better baserunning and better situational hitting and the R/G, wOBA, OPS+, and Win totals would look even better.  For now, I'll give the offense a B-.
Posted by Unknown at 1:07 PM 2 comments: