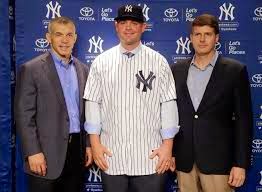 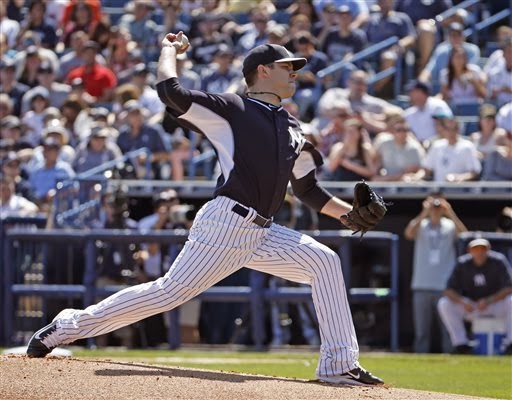 Selfishly as a Yankee fan, I wouldn't be keen on the idea of trading Phelps for someone like Didi Gregorius.  But if the Mariners were willing to talk about Nick Franklin (we already know they're keeping tabs on Phelps), I'd be very open to that and I have to think Cash would be as well.  That's not a deal that's going to happen straight up, but Phelps + somebody for Franklin is still a solid move to make from the Yankees' side.  They've shown no interest in dangling Phelps, so a deal looks like a longshot right now.  If something happens to Brian Roberts though, that could change quickly.

The Yanks were back in action yesterday afternoon and played to another tie, this time 7-7 to the Tigers.  Dodged another rainout and got everybody their ABs.  That's all that matters.

- Hiroki Kuroda was yesterday's starter and he was awful.  10 H and 6 ER allowed in 3.2 innings.  He was up in the zone with his stuff all day and got smacked around.  It happens.

- The offensive star was Francisco Cervelli, who hit 2 home runs in his 2 plate appearances.  He's now got 3 for the spring and leads the team in SLG.

- Jose Campos worked around a leadoff double to work a scoreless frame in his first ST appearance.  Fastball was 90-93.  Back at camp, Dellin Betances threw a sim game in the morning.

- Brendan Ryan's oblique is much better according to him, but Joe said he won't return to game action until next week.  Dean Anna apparently has a stiff neck after his collision with McCann on Tuesday.

- Tyler Austin has progressed to hitting soft toss in the cage.  Slade Heathcott, Nik Turley, and Gary Sanchez were all cut and assigned to MiL camp.

Posted by Unknown at 6:50 AM No comments: