Home Opener On Monday's Not Going To Be Sweet Or Anything...

Mariano Rivera and Andy Pettitte will throw out the first pitches to Derek Jeter and Jorge Posada at the #Yankees’ home opener on Monday.
— New York Yankees (@Yankees) April 3, 2014

Nope.  Not at all.  Just my 3 favorite Yankees of all time and the greatest Yankee catcher I ever got to see play, the foundation of the most recent run of World Series success in team history, throwing out the first pitch to each other.  Nothing sweet about that.

If you have tickets to that game, I hate/envy you.

Posted by Unknown at 7:14 PM No comments:

Thoughts On The Minor League Rosters 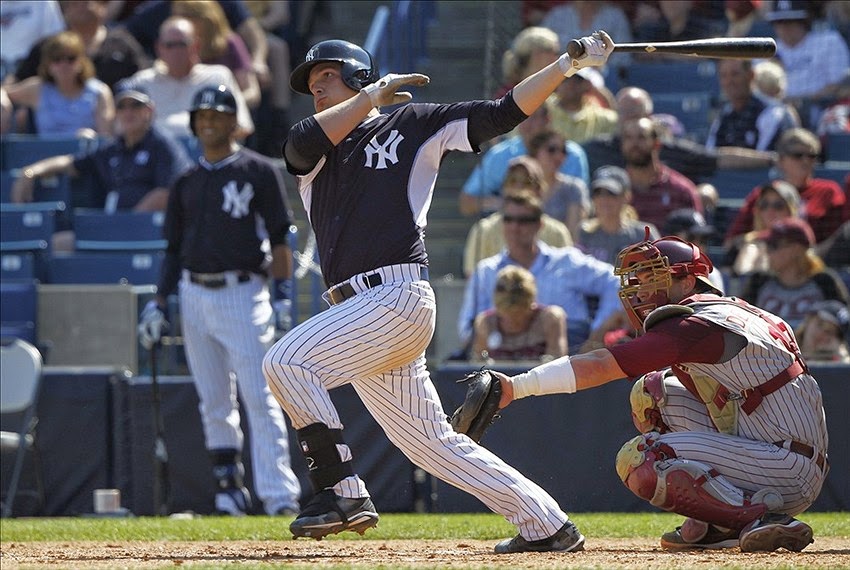 (Should be the starting Triple-A catcher.  Courtesy of Kim Klement/USA Today Sports)

The Minor League season gets started tonight, and while I don't want to steal any of Tamar's team-by-team season preview thunder, I did want to comment on some of the roster decisions.  Each club officially released their Opening Day rosters yesterday, some more complete and correctly than others.  There are some surprising and not so surprising decisions at almost every level, which is pretty par for the course in the world of managing a wide range of prospects and non-prospects.  Here's my 2 cents on the early roster breakdowns for the 4 full-season MiL teams (click the team names for the full rosters).

That's Alfonso Soriano's swing plot through the first 2 games of the season.  As you can see, it's all over the place.  Soriano has seen 36 pitches in his 8 plate appearances and he's swung at 19 of them.  Of those 19 swings, he's swung and missed 8 times and put the ball in play 4.  None of those balls in play have gone for hits and the other half of his 8 PA have ended in strikeouts.  Needless to say, that's not the production you're looking for from a player in a run-producing spot of the lineup.

Soriano missed a fair amount of time early in Spring Training because of his bout with the flu and the time needed to catch back up limited the number of in-game ABs he got.  That swing plot above is indicative of a hitter who's not seeing the ball well and doesn't have his timing at the plate and that's almost certainly a direct result of that early missed time.  Soriano is expanding his strike zone all over the place and taking a lot of bad swings at bad pitches to hit, but there's no reason to panic based on 8 PA.  As he gets more reps, gets more comfortable at the plate, and gets his timing back, this issue should correct itself.  If the rest of the lineup had hit over the first 2 games, Soriano's struggles wouldn't stick out as much as they do. 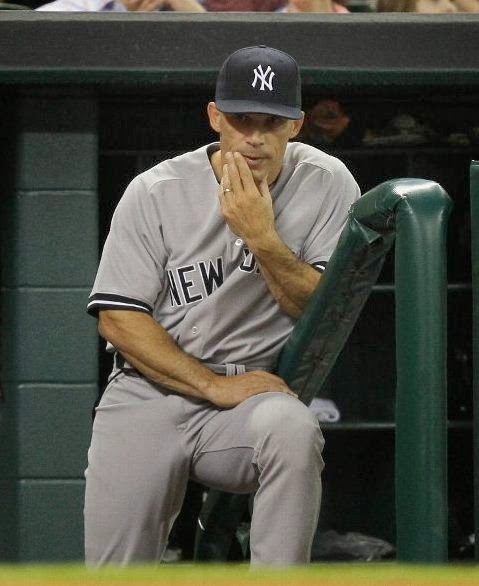 It wasn't the start to the season that any of us had in mind on Tuesday night.  Thanks to some very poor starting pitching and some shoddy defense, the Yankees found themselves down 6-0 before the game was an hour old.  They were hoping for a better result in game 2 with Hiroki Kuroda on the mound last night.  Instead they got the same one, only half as bad.

- Once again they were down after the 1st inning.  Dexter Fowler hit the second pitch of the game, a hanging sinker from Kuroda, for a leadoff HR and a quick 1-0 Houston lead.

- Fowler tripled with 1 out in the bottom of the 3rd and scored on a fielding error by Mark Teixeira to make it 2-0.  Rough start at first base for Teix.  Rougher than his start at the plate.

- The lineup managed a measly 4 singles through 5 innings off Astros starter Jarred Cosart and they squandered a 2 on/1 out situation int he top of the 5th with a pair of groundouts.

- Cosart went out after 5, but the failure to capitalize didn't end there.  The Yanks wasted another 2 on/1 out setup in the 6th inning on a strikeout by Teix and a groundout by Alfonso Soriano.  Even the run they scored in the 7th, after a leadoff walk and a Brian Roberts single, was a wasted opportunity thanks to a GIDP by pinch hitter Yangervis Solarte.

- Hirok retired 9 of the last 10 he faced to make it through 6 innings without any more damage and gave way to David Phelps to start the bottom of the 7th.  Phelps gave up a 2-out solo HR to Matt Dominguez to seal the deal for the 'Stros.