Filling Out The Back End Of The Bullpen

There's no denying that the Yankees have done a helluva lot of work to reload their team this offseason.  They've spent over half a billion dollars in contracts, both in large amounts and small, to upgrade their rotation, lineup, and to a very small degree their bench.  One roster area that hasn't harvested the fruits of that half-billion dollar labor is the bullpen.  To date, the Yankees' only addition of significance to the 2014 'pen has been Matt Thornton, a 37-year-old lefty specialist who, while still effective against same-side hitters, is at the point in his career where his best days are behind him.

This singular signing in response to the loss of Joba Chamberlain, Boone Logan, and some guy named Mariano Rivera has put the Yankee 'pen in a state of uncertainty, one that the free agent market is no longer as well equipped to resolve as it was a few weeks ago.  As we move below the 3-week threshold until pitchers and catchers report to spring camp, it's time to look at what the Yankees could do to fill out and fortify their bullpen. 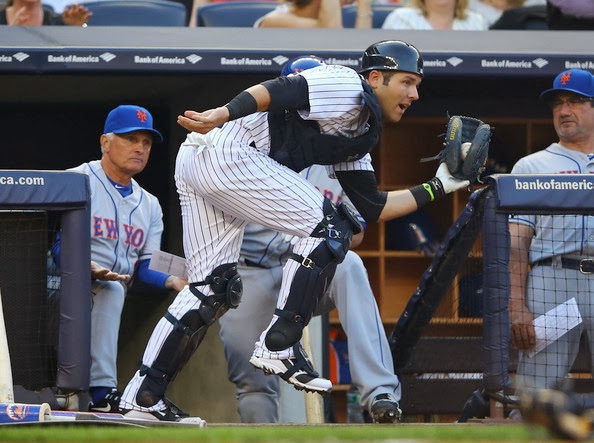 I thought there was high turnover from the first Top 30 to last year's when 9 new players made the cut.  From last year to this year the turnover was even higher, 13 players to be exact.  That's almost half of last year's list gone and replaced by new faces.  That seemed high to me at first, but when I considered all the factors that led to the high turnover rate it's not as drastic as it seems.

There are a handful of players no longer eligible for this year's list because they're on other teams and there were multiple players who were no longer eligible due to Major League service time in 2013.  When you eliminate them, the number of guys who dropped off due to age and/or subpar production this year is reasonable.  When you consider the influx of young talent that joined the system this year in the form of 3 1st round picks and a healthy collection of young international players, the higher turnover becomes more than reasonable.  After the jump, the 13 players who, for a number of reasons, won't be appearing on the 2013-2014 Top 30.

The big dogs of the baseball scouting world are releasing their annual top MLB prospects lists and so far it's been a disappointing showing for the Yankees.  On Friday, they landed 2 on MLB.com's Top 100 for 2014.  Gary Sanchez was ranked 47th after being 27th on the 2013 list, and Mason Williams was ranked 75th after being 37th the previous year.

Today it's Baseball Prospectus unveiling their Top 101 for 2014 and the Yankee representation is even slimmer.  Just 1, Sanchez, coming in 85th.  Regardless of how you feel about the Yankee system or prospects in general, that's not good.  It speaks both to the lack of top tier talent currently in the Yankee system and the generally "blah" year that most of their top guys had.  The good news?  They still have a bunch of players with top 100 upside.  Just need them to start playing like it. 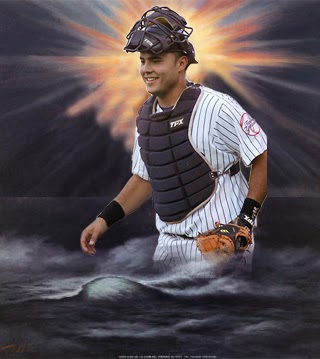 In late December of 2011, I was home for Christmas and bored at my parents' house during the week so I decided to put together my first top Yankee prospects list.  The inaugural AB4AR Top 30 admittedly wasn't very good, but going through the process of doing it opened my eyes to the world of prospect evaluation and I think it made me much smarter about how I follow and rank prospects.

Which brings us to today, the start of AB4AR Prospect Week 2014 and the unveiling of the 3rd edition of the AB4AR Top 30.  If you followed Prospect Week last year, you know that the format has already been changed a little bit but the overall format for the next 5 days will stay the same.  Today I'll go back and look at all the players from last year's AB4AR Top 30 who didn't make the 2013-2014 edition, tomorrow I'll focus on the players who just missed the cut this year, and Wednesday through Friday will be the actual release of this year's Top 30 in 10-player chunks.

If you're not familiar with AB4AR or my prospect evaluation process, I invite you to read this post I did last year explaining my system.  Long story short, I tend to value consistent production and advancement through the system more than just raw tools and high ceiling.  I also think there's more value in a lower ceiling player at a higher level of the system than a "toolsy" 17 or 18-year-old in rookie ball, especially when that player plays a position of need for the Major League club.  To further familiarize yourself with the AB4AR system, feel free to check out last year's AB4AR Top 30 as well.

Time permitting this week, I'll try to work on some posts on player tools and who I think has the best in the system but the real focus is the 5 major posts mentioned above.  Check back this afternoon for the first one on the group of players who fell off this year's Top 30 and welcome again one and all to AB4AR Prospect Week.