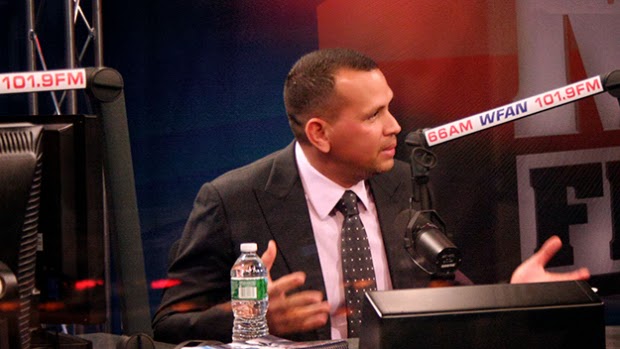 Now that the HOF announcements have been made, the expectation is that the arbitrator in the A-Rod suspension case will hand down his final decision any day.  When he does, the latest reports have A-Rod and his legal team ready to fight the decision to the bitter end.  According to the NY Daily News, A-Rod will seek an injunction if the suspension is upheld on the grounds that the suspension and subsequent arbitration hearing were "unfair and biased" against him and in violation of federal labor laws.  An anonymous source in the Daily News report said "the papers are all ready" for the official filing and that A-Rod's people "are just waiting for the announcement."

This will basically be a last gasp attempt by Alex to keep his hopes of playing Major League Baseball again alive, and the swiftness with which his legal team has prepared for this course of action provides some insight into what they expect arbitrator Frederic Horowitz's decision to be.  Their belief is that they can follow in NFL player Jonathan Vilma's footsteps and get an "unfair" suspension overturned through the courts, but that was a different case in a different sport with different rules so it's hardly and apples-to-apples comparison.

I honestly can't remember if I'd said this already or not, but I don't think we're going to see A-Rod on the field in 2014 and I think there's a very good chance he's played his last MLB game.  At the absolute least, I see the suspension getting reduced to 162 games and it wouldn't surprise me if the full 211 was upheld.  The deck has been stacked against him from the beginning and he's basically down to his last card.  The odds of him overturning the decision through a court injunction are no better than the odds of the suspension being overturned.
Posted by Unknown at 2:24 PM 1 comment:


It has been reported Tanaka will meet with Cubs and ChiSox in coming days. An official for an NL team told me Tanaka is in Chicago now.
— David Waldstein (@DavidWaldstein) January 9, 2014

After a delayed back-and-forth between MLB and NPB to get the new posting rules put in place and a few weeks of waffling by the Rakuten Golden Eagles before they finally decided to post him, Masahiro Tanaka has finally come to the United States to start the meat and potatoes of his free agent courtship and contract negotiations.  According to David Waldstein's tweet above, he's in Chicago right now and is expected to meet with both the Cubs and White Sox before presumably jetting off to other stops around the country to meet with other potential suitors.

It's not nearly as exciting as inking Tanaka, but the Yankees did sign a pair of pitchers to MiL contracts yesterday.  Via Matt Eddy, 28-year-old Bruce Billings and 38-year-old Yoshinori Tateyama both received deals, although it's not known if either received an invitation to ST.

Regardless of whether they did or not, neither of these guys should factor into the Major League plans at all in 2014.  They have a combined 68.0 Major League IP in their careers, none since 2012.  Billings has spent the last 3 years as an innings eater starter and spot reliever in the Oakland A's system and Tateyama was a long man for the SWB RailRiders last year, posting a 1.70/2.18 split in 42.0 IP.

These 2 should provide depth for the Triple-A pitching staff and allow the Yanks to call up younger pitchers like Mark Montgomery, Chase Whitley, and Dellin Betances if and when they're services are needed.  You can never have too much pitching, and that rule still applies when it comes to MiL depth.