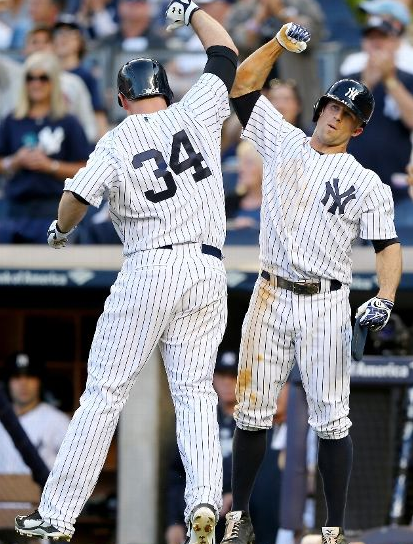 Joe gave updates on a few of his injured pitchers earlier today, and this was the most positive of the news.  Michael Pineda, on the DL since 5/6, is slated to throw his first bullpen session since being hurt tomorrow.  He's thrown a few side sessions in the last week and graduating back a mound is the next important step in getting back to full strength.

Pineda is eligible to be activated on Wednesday, but that's definitely not going to happen.  The Yankees have said from the minute he got hurt that they were going to take it slow with him and Joe announced last week that his timetable was going to be longer than the initial 3-4 week estimate.  I'm betting on at least 2 bullpen sessions over the next week and at least 3 MiL rehab starts after that before he returns.  Call it mid-June if there are no setbacks.

Report: Hal "Willing" To Spend At The Trade Deadline

I don't think there's anything he could have said differently given the team's current physical status, but in speaking to reporters on Thursday, Hal Steinbrenner indicated a willingness on his part to add payroll at the trade deadline to improve the team:

“[We’re] always willing to look at options come July ... Some years we've done stuff, like last year with Soriano. Some years we haven’t. But we’re not going to ever lay down and die. We’re going to do what we need to do to stay in.”

Hal got a little tight with the wallet after the team locked up Masahiro Tanaka and landed McCann, Ellsbury, and Beltran earlier in the offseason.  The holes left on the roster as a result have shown through over the first 40 games.  The infield is weak defensively and incredibly weak on both sides of the ball up the middle and there have been some whispers about Stephen Drew again this week.  The rotation is in tatters with 60% of it on the DL and the internal replacements not doing much to ease those losses.  Every team out there knows the Yankees need pitching, so the cost is going to be steep whether they start to look for some now or closer to the deadline.  How much the Yanks are willing to part with prospect-wise will determine how much help they can go out and get.