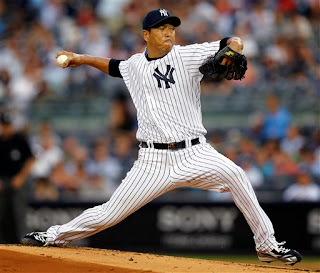 Don't get too excited because it's not by much.  But after tabling talks until Monday, a report is out on the latest offer from Robinson Cano's side.  According to Ken Davidoff of The Post, Cano's agents turned in a new proposal for a 9-year deal worth between $250-260 million during the last meeting this past week.  This is down slightly from the initial 10/$310 mil figures that were submitted in May.

To their credit, the Yankees reportedly stood firm to their 7-year/$160-175 million offer and they have no reason to budge from that without another team getting involved.  This new counter offer from the Cano camp signals them coming to terms with the reality of his market, although their new proposed offer would still put him in the high 20s per year in terms of AAV and that's still a very high price for a player already in his 30s.  If the Yankees stand pat on their side when talks start up again tomorrow, chances are we'll be reading about Cano's team lowering their figures again at some point.