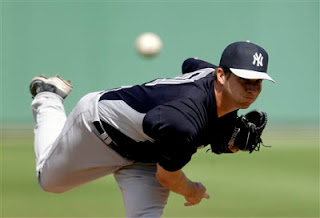 Ronnier Mustelier is one of the more interesting free agents the Yankees have signed in the past few years.  He's a Cuban defector, but came with little fanfare as a 26-year-old signee, something that hasn't been the norm for the Yankees when they've dipped into the Cuban market in the past.  He doesn't look like a traditional baseball player, short and stocky, yet he's played all around the infield and outfield and has done nothing but hit since entering the Yankee MiL system in 2011.  I've always kept an eye on Mustelier, but after reading Mark Feinsand's short profile piece on him yesterday, I'm officially a Ronnier Mustelier fan.

In the post, Feinsand gets a couple of great quotes from Mustelier on his efforts to make the Major League roster this spring.  Feinsand also mentions that Mustelier's family, including his young son, are back in Cuba and that he hasn't seen his son for four months.  That's something I didn't know and something that makes Mustelier's situation even more intriguing.  He comes across as determined but humble in the article, and his entire story is borderline worthy of being the next Disney "overcoming the odds"-type sports movie- a young, unknown, Cuban baseball player leaves his family and son behind to chase his dream of playing Major League baseball, then works his way through the entire Minor Leagues in two years to earn an opportunity to win a spot on the New York Yankees.  That's good stuff right there.

Despite a strong start to his spring (3-6 w/ a HR), Mustelier is a very long longshot to win a roster spot.  At best right now, he probably sits 5th in the outfielder competition behind Rivera, Diaz, Mesa, and Zoilo Almonte.  But the Yanks didn't move him through the system that quickly and invite him to ST just to let him rot.  If Mustelier keeps producing and another opportunity presents itself, he could find his way into pinstripes this year. 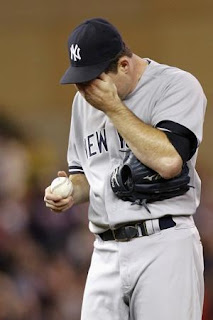