Looking Ahead To The 2013 Season 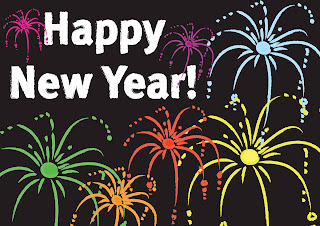 2012 is officially in the record books, and all things considered it was another successful year for the New York Yankees.  Despite experiencing a seemingly never-ending string of injuries to major contributors, and despite watching the bulk of their aging core continue to age like milk rather than win, they still managed to win 95 games (the most in the American League) and secure another AL East championship.  The postseason exit was a tough one, but in the end every team except 1 is a loser every year and with what they had to deal with the Yankees still had a lot to be proud of in 2012.

Now that we've moved to 2013, what's in store for the Bombers?  We already know that this year and at least the next are going to be defined by a steadfast commitment to cutting payroll and getting under the luxury tax threshold, a change in organizational strategy that already has plenty of fans upset.  That strategy has been played out to a tee in the part of the offseason that has already passed and it certainly looks like it's going to continue for the remainder of the offseason as the Yankees fill out their roster and get ready to head to Tampa for spring camp.

The overwhelming majority of last year's team remains intact and is going to be looked at to carry the team again.  There are concerns about how the lineup is going to look and perform, but the starting rotation is deep and talented, with the potential to be one of the league's best if some things go right, and the bullpen is no different.  There are still some elite-level hitters in terms of average and power, more speed sprinkled in, and still plenty of guys who can take walks and hit home runs.  The competitive gap may have been closed by the offseason actions of their AL East rivals, but if they add a few more pieces here and there to shore up their bench depth the Yankees should be right up there again with the best of the AL.

"Interesting" is a word that gets thrown around a lot in the blogopshere, and I'm as guilty as anybody of using it a bit too often.  But the 2013 season should be interesting to say the least.  The Yankees are on the edge of a possibly major organizational shift, and will try to balance that shift with maintaining their standing as an MLB powerhouse.  It might not be easy to watch all the time, but it's going to be entertaining and I can't wait for it to get started.
Posted by Unknown at 4:50 PM No comments: