This story is still developing and details are coming in at a rapid pace, but all you need to know is that the A-Rod/MLB circus continues to become more comically insane and The Horse himself is at the center of today's controversy.  After arbitrator Fredric Horowitz ruled that MLB commissioner Bud Selig did not have to testify today, A-Rod reportedly slammed his hand down on a table, told Rob Manfred he was "full of shit", and then stormed out of the meeting room.

A-Rod has since issued a statement.  Props to the Daily News I-Team for getting this:

“I am disgusted with this abusive process designed to ensure that the player fails. I have sat through 10 days of testimony by felons and liars, sitting quietly through every minute, trying to respect the league and the process. This morning, after Bud Selig refused to come in and testify about his rationale for the unprecedented and totally baseless punishment he hit me with, the arbitrator selected by MLB and the Players Association refused to order Selig to come in and face me. The absurdity and injustice just became too much. I walked out and will not participate any further in this farce.”

Wow.  Just wow.  Getcha popcorn ready because this is going to get REALLY good now.  Your move, MLB.
Posted by Unknown at 11:49 AM No comments: 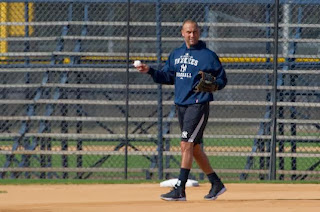 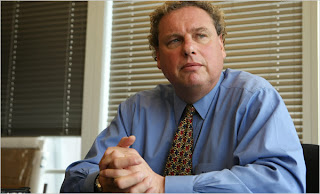 Big day for everybody's favorite front office stooge yesterday.  Randy Levine was large and in charge with the media, spouting off about the Robinson Cano negotiations:

”We want Robbie back.  We think Robbie is terrific.  But we have no interest in doing any 10-year deals and no interest in paying $300 million to any player. Until he gets a little more realistic, we have nothing to talk about."

... And the latest in the A-Rod saga on the day he was called to testify in the suspension appeal hearing:

"This is a decision that was made by Major League Baseball. We've [the Yankees] had no involvement in it. No participation in it. Alex is our player until we hear anything else. As I've said and Hal has said, as Cashman has said, the way we budget and everything for this year is he's on our team."

I actually don't have anything to add to either of those statements.  I just hate when Randy Levine opens his mouth to speak.