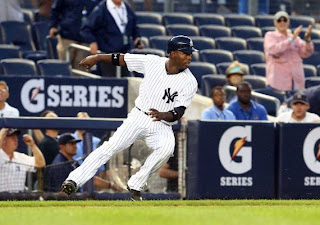 David Price Is An Idiot

The light at the end of the $189 million tunnel for us Yankee fans is the prospect of the Yankees getting back to their spending ways once they dip under the luxury tax threshold and reset the penalties.  One of their big targets in the years to come is going to be David Price, the Rays' 27-year-old Cy Young winner. Price is still years away from free agency, but could be at risk of following James Shields out the door in a cost-controlling trade before he becomes too rich for Tampa's blood.  Price talked to Jon Morosi  about that possibility yesterday, and mentioned the Yankees as a team he wouldn't want to sign a long-term deal with because of their facial hair policy.

Dave, Dave, Dave.  You fool.  I have a beard too, a better one than yours if I'm being honest, and I would cringe at the thought of having to rid myself of it just to play for the Yankees.  But what you don't realize is that by making that statement you've shown your hand.  The correct answer to Morosi's reference to the Yankee beard policy would have been, "I'm not even worried about that right now.  I love being a Tampa Bay Ray and I'm focused on this season and my teammates and us doing what we have to do to get back to the postseason.  I can't think about what may or may not happen years down the line, I just have to keep doing my job."  Instead you took the bait and talked about why you wouldn't want to re-sign there like it was already a foregone conclusion that you were going to be traded to the Yankees.

Just admit it, bro.  You've got Yankees on the brain.  You sweat the Yankees.  You can't get them out of your head.  Even if you aren't traded, you've got three more years before you become a free agent and your beard even becomes an issue.  Three years is a long time into the future, my dude, and you're already fixated on whether or not you're going to have to shave your beard for the Yankees.  You're like the girl in high school who's already dreaming about her crush asking her to the prom in October.  You might as well schedule a sitdown with the Steinbrenners and work out a new contract right now.

Bearded man to bearded man, I can appreciate your love for your facial hair.  But you're only lying to yourself if you honestly believe you are going to turn down an offer from the Yankees for that reason, and the way you responded to Morosi bringing it up is proof.  At the end of the day, money talks and facial hair walks. 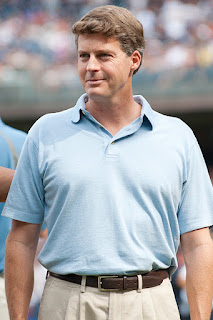