Yankees About To Get Jiggy With It?

I was already a little concerned about the prospect of the struggling Yankee offense facing a member of a fictional junior hockey team from the "Mighty Ducks" movies.  But now, come to find out that the Royals are pulling Luis Mendoza from his scheduled start tonight and inserting Will Smith and I'm even more concerned.

It's a diabolically genius plan by KC.  Not only are they playing to the continually-growing legend of the Yankee lineup being unable to handle starting pitchers they've never faced before, they're adding the allure and star power of one of the biggest Hollywood leading actors and greatest family-friendly rapper of all time into the mix as an additional distraction to the Yankee hitters.

On the other hand, if Smith's pitching is as bad as MIB 3 appears to be, and there are indications that it could be, maybe this is just what the Yankee bats need to break out of their cold streak.  Whatever the case may be, you can take it to the bank that there's going to be some jigginess in The Stadium tonight. 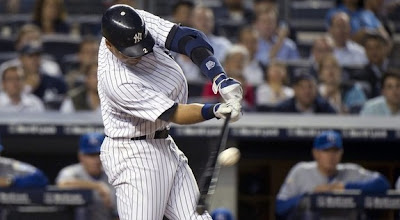