Levine said he called Angels president John Carpino and MLB, apologizing for the Trout comment. "My understanding is the matter is over."
— Mark Feinsand (@FeinsandNYDN) December 13, 2013

The comment in question, in case you missed it, came earlier today when Levine was asked about the Cano contract and Robbie's comments about no respect:

“If Mike Trout was here, I would recommend a 10-year contract. But for people over 30, I don’t think it makes sense.”

Sounds harmless, but it was enough to get Levine a call from MLB to investigate whether or not the comment constituted tampering.  Such a Levine thing to do/say.  Seriously, what is this guy's deal?  He's like Donny from "The Big Lebowski".  Completely out of his element, no frame of reference on anything, yet constantly opening his yap to say stuff that nobody wanted or needed him to say.  How this man is employed in an incredibly high-ranking position anywhere, let alone for the most prestigious franchise in professional sports history is beyond me.

I've said this before and I'm going to keep saying it until it starts happening.  Shut up, Randy.  Shut the fuck up.

Those Winter Meetings were a bit of a letdown, eh?  I don't know why I didn't see this coming, but I really expected the Yankees to keep their momentum rolling through this week and come out with a few more new faces.  Instead they mostly spun their tires and turned down what I'm sure were a bunch of crummy trade offers for Brett Gardner.  Oh well, they were doing alright for themselves before they had to act and interact with every other team around.  Maybe things will pick back up now that the brain trust can return to home base.  Now onto the links!

- On Monday, Daniel Burch of The Greedy Pinstripes checked Chase Headley's spray charts to see how his offensive game would play in Yankee Stadium.

- Chad Jennings of LoHud had a compilation of Yankee-centric reactions to Joe Torre's HOF election.

- Vizzini of NoMaas became the latest to bring up the idea of extending D-Rob now.  Makes sense, but sadly it probably won't happen.

-  On Tuesday, Fernando Alejandro of Respect Jeter's Gangster pondered the idea of the Yankees becoming a franchise without a face after Derek Jeter retires.

- SG of RLYW ran his CAIRO projections again to see how much the recent Yankee moves have helped their cause.  The projected win total went up, but still not enough to get them back to the postseason.

- On Wednesday, Mike Axisa of RAB profiled Mark Ellis as an off-the-board second base option.  He doesn't hit much, but I'd rather have him than Phillips.

- William Tasker of IIATMS/TYA looked back at Joe Torre's time as Yankee manager to put some simple, sound statistical perspective on his tenure and show how Torre should have been more appreciated than he was/is.

- On Thursday, Chris Mitchell of Pinstripe Pundits looked for some reasons why the Yankees could have chosen Ellsbury over Cano.

- Scott Alfano of Yanks Go Yard put together a current version of next year's starting lineup.  Even without Robbie there, that's still not bad.  Could be better, but it's not bad.

- Michael Brown of Pinstripe Alley argued the reasons why the Yankees should keep Brett Gardner rather than use him as trade bait.  I'm picking up what you're putting down, Mike.  And I think a lot of other Yankee fans are too.

- On Friday, el duque of It Is High... commented on David Adams leaving the Yankees for Cleveland and how the decision to let Adams walk might come back to bite the Yanks next year.

Mastodon released their new live album this week and it absolutely owns.  I wanted to find "Ghost Of Karelia" from that show but it's not up anywhere online yet, so instead we'll go with the live version from their previous live album.  Song rocks the shit either way.

A Quick Look At The Current 25-Man Roster

There was no shortage of needs for the Yankees heading into the offseason, and there's been no shortage of activity on their part to address those needs.  In less than 3 weeks, they've spent $307 million to upgrade at catcher (Brian McCann), the outfield (Jacoby Ellsbury, Carlos Beltran), the infield (Kelly Johnson, Brendan Ryan), and the rotation (Hiroki Kuroda).  Losing Robinson Cano to Seattle was a big blow to their rebuild plan, but they continue to move forward without him and try to find a way to replace his lost production.

With the Winter Meetings coming and passing without any new developments this week, it's as good a time as any to stop for a minute and evaluate what the Yankee 25-man roster would look like if the regular season started today. 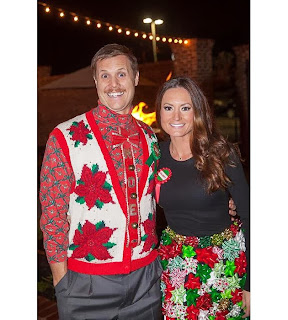 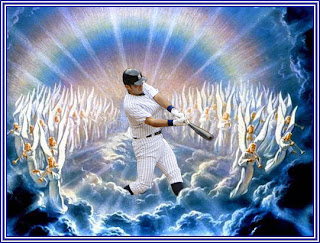 Could it be?  Could our once and former lineup savior possibly be a candidate to return to his homeland?  Probably not, but it might not be a bad idea for the Yankees to look into.  Via Bob Nightengale, the Mariners have let it be known that former top prospects Jesus Montero and Justin Smoak are available.  With their recent spending spree on new hitters, it appears as though they're giving up on some of their past attempts to bolster their lineup through prospect acquisitions.

Montero has been absolutely horrible since going to Seattle.  He's registered -0.8 total fWAR in 164 Major League games as a Mariner, mainly because his offensive production has fallen off the face of the earth.  He's no longer a catcher, he's not going to play first base with Corey Hart in the mix, and there's really no other opportunity for him to stick on that roster.

Before being traded for Michael Pineda, Montero was very impressive in his short Yankee debut in 2011.  He has the type of swing and opposite field power that was and still is tailor-made for Yankee Stadium, which is why he might still have some value to the Yankees.  They could certainly use some right-handed pop, although I'm not sure how or where they'd be able to work Montero into the lineup.

The original Montero-Pineda trade has gone down as a complete disaster for both sides.  The Yankees bringing Jesus back and trying to reignite his former prospect spark could be a way for them to recoup something from it.