Couple of disconcerting injury-related stories coming out right now.  Jacoby Ellsbury has apparently been bothered by a sore left hand for the last few days and while tests on it came back negative, it's bad enough that he's not in the lineup tonight.

The bigger and potentially worse news is in regards to Michael Pineda.  He reportedly shut himself down after just 1 inning of his simulated start today after feeling tightness in his right lat.  He's going for an MRI and according to Joe, his next scheduled start on May 5th is in jeopardy.

More on these stories as it comes out...

** UPDATE 3:55 PM- Joe told reporters that David Phelps would stay in the rotation if Pineda is unable to make his start on Monday.  Not a good omen for what could come back on this MRI. **

** UPDATE 10:22 PM- Via Erik Boland, Pineda has been diagnosed with a Grade I strain of his teres major muscle.  The team is saying he'll be shut down for 10 days, will be out for 3-4 weeks, and will undergo further evaluation by the team doctor.  This doesn't sound good at all. **
Posted by Unknown at 3:20 PM No comments: 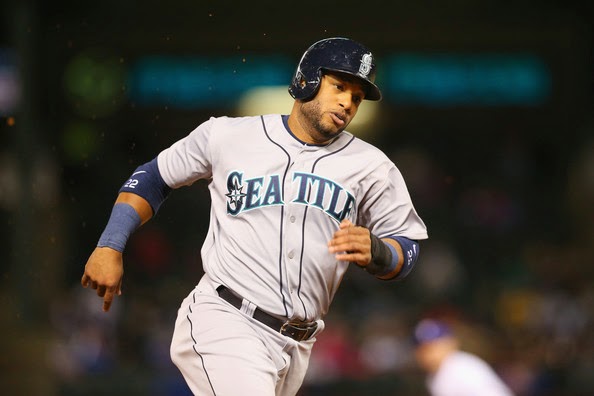 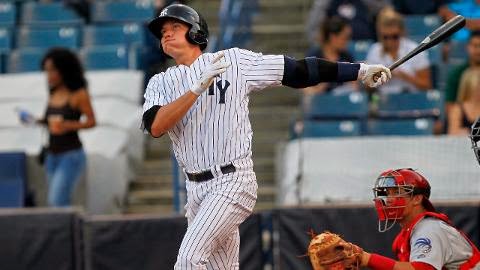 Out since mid-March with a pinched nerve in his upper back, Brendan Ryan took a big step towards his return from the DL this past Sunday when he began his MiL rehab assignment with the High-A Tampa Yankees.  Ryan has started at shortstop in each of the last 2 games for Tampa, going 3-8 with 1 BB and 2 RBI.  I haven't read any specifics on how many innings he played in the 2 games, but I have to think it would have been reported if it was less than 9.

Ryan missed most of Spring Training, so his rehab assignment will not be as brief as Teix's or D-Rob's were.  Joe said he wanted to get Ryan a full compliment of ST plate appearances before calling him up, so 40-50 should do the trick.  That would put Ryan on track for another 8-10 rehab games and a return to the Major League roster in about 2 weeks.  The Yankees are playing without a true backup shortstop for Derek Jeter right now and they've already had to sit him for a few games to rest a tight quad.  Ryan was always meant to be the man for that job, and the sooner he can get back to do it the better.