Kiley McDaniel has taken his prospect scouting gig from ESPN to FanGraphs, and he's come out firing with a boatload of scouting reports from the instructional leagues on many a Yankee farmhand.  He's been releasing the reports in parts for a little over a week now, and he finally concluded them with Part IV earlier this week.  In case you haven't already, you can check out all four parts of McDaniel's report right here and I strongly suggest that you do.  If you aren't familiar with McDaniel's work, get familiar.  His reports are very detailed and insightful, but presented in a straightforward, easy-to-understand way that leaves you with a clear understanding of the strengths and weaknesses that McDaniel saw in a player.  Highlights of McDaniel's reports and my personal takes after the jump. 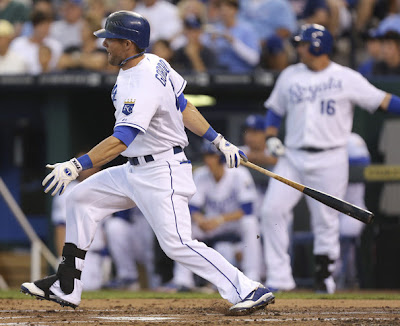 Yesterday Chad Jennings of LoHud brought up the possibility of the Yankees getting involved with the Kansas City Royals this offseason, expanding on a report from Buster Olney that said the Royals would be in the market for starting pitching and would be willing to trade from their nucleus of good young position players to add that pitching.  Chad pointed out that the Yankees have a small cadre of young pitchers in Phil Hughes, Ivan Nova, and David Phelps that could get talks started, and that the Royals have players who could fill positions of need for the Yankees in Alex Gordon and Mike Moustakas, making a deal between the 2 teams a mutually beneficial possibility.
Read more »
Posted by Unknown at 6:59 AM 1 comment: