The Yankees honored Tino Martinez before the game today by inducting him into Monument Park and unveiling his plaque.  It sounds like it was a nice ceremony, and it was easily the high point of the game with glorified home run derby pitcher Vidal Nuno on the mound.

- Nuno gave up a solo HR to Adam Jones in the 1st inning, a 2-run shot to Nelson Cruz in the 4th, and another 2-run job to Steve Pearce in the 5th.

- The lone Yankee run came on a Mark Teixeira solo homer in the bottom of the 4th.  That was the only real dent they made against Bud Norris and the Baltimore bullpen.

- Jose Ramirez relieved Nuno after 6.1 innings and continued the home run parade by giving up a solo shot to J.J. Hardy in the 8th, the 4th of the day for Baltimore.

Series finale tomorrow afternoon.  It'd be nice to get another win against a divisional opponent.
Posted by Unknown at 5:21 PM No comments: 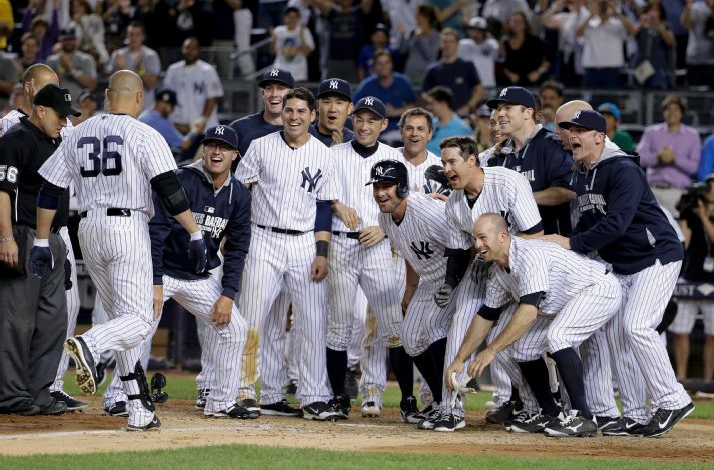