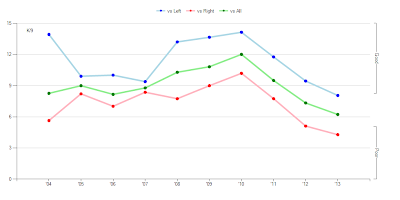 Thornton is no longer the dynamic reliever he was against hitters from both sides of the plate.  He's devolved into a lefty specialist only and there's reason to be concerned that his effectiveness against lefty hitters could start to deteriorate as well based on his downtrend in strikeouts.  It hasn't happened yet (.280 wOBA vs. lefties in 2013), but it could.  Righties have figured Thornton out now that he's not throwing the same smoke he used to.  It's not out of the realm of possibility for lefties to start doing the same.
Posted by Unknown at 3:30 PM No comments: 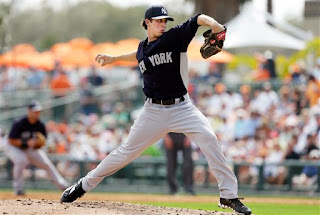 If you were busy following the important stories about the new player signings or actually doing something constructive with your time yesterday, you might have missed this juicy nugget of gossip about A-Rod.  Apparently he's close to locking up multimillion dollar deal to publish a book that he says will dish all the “full dirt of Major League Baseball’s tactics” against him as part of his suspension.

Al.  Can I call you Al?  If you read this, I need you to know something.  I need you to know that no matter what kind of details you put in this book, the one thing that needs to be confirmed is the story of the centaur painting.  I need to know if that thing exists or not, more than I need to know how big of a scumbag Bud Selig truly is.  I've named this blog after you.  The image of you as a centaur is basically the logo of this site.  I've been one of your biggest supporters since I started AB4AR in '09 and I will continue to be for as long as there's still a chance that you can play.  After all that, I think I deserve to know the truth about the centaur painting.

And if you don't want to do it for me, that's fine.  Then do it for the kids.  And their kids.  And their kids' kids.  Do it so that future generations of Yankee fans don't have to live with the same uncertainty the rest of us live with now.  We all pretty much know the story of how your battle with MLB went down.  What we don't know, and what we need to know, is whether or not you commissioned a painting of yourself as a centaur.  It's the one chapter of the A-Rod Saga that really needs closure. 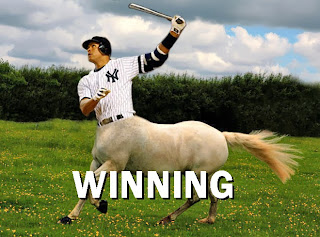 Mark Reynolds vs. Jeff Baker- Who Ya Got?

Joel Sherman threw another name into the free agent hat yesterday when he reported that the Yankees had "expressed interest" in utility man Jeff Baker.  They've been linked to him before but never made any serious moves and he actually makes a ton of sense for them right now.  They're also still linked to Mark Reynolds but it's highly unlikely they have room for both on next year's roster.  So who would you rather have?

Closer than you thought, right?  Reynolds provides the power and patience that fits well with the Yankee offensive model, but he's a big time hacker and a butcher in the field.  Baker is a more balanced hitter with tremendous power potential against lefties and he can play more positions, although none of them particularly well.  Take your pick, Cash.  Just don't lose out on both of them.