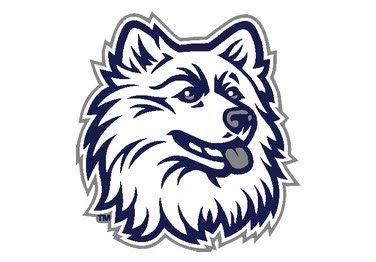 I've been meaning to write this preview for the last 3 days, but since I've been busier than shit at work and drunker than shit the last 2 nights, it just didn't happen. When you're as popular a guy as I am and a budding media mogul, you have to make time for the little people and sometimes the blog has to take the hit. So because I'm behind the 8-ball and the opening game is tonight, here's the abridged version of the UConn season preview.

The Huskies will be hard pressed to replace the production of Hasheem Thabeet and Jeff Adrien, but they have the benefit of having a bunch of new bodies to pick up the slack. Freshman F/C Alex Oriakhi is a textbook Jim Calhoun-style big man who can rebound and defend like a maniac and has an offensive game that's already light years ahead of where Hasheem was at in his first year. Charles Okwandu, a 7-1 junior, is an intriguing possibility to replace Thabeet's shot-blocking presence and should get a look early in the season since Calhoun already knows what he'll get from Gavin Edwards and Jonathan Mandeldove, which is nothing. Stanley Robinson, now a senior and team leader, and freshman Jamal Coombs-McDaniel give the Huskies all kinds of freakish athleticism (Jay Bilas hasn't patented that yet, so I'm going to steal it) at the 3-spot and should combine to terrorize opposing teams' matchup strategy. While he's no sniper, Coombs-McDaniel is a good enough shooter that teams will have to pay attention to him, allowing the Huskies to keep the floor spread and lane open for drivers like Robinson and their quick guards.

The key player for this group will be freshman center, Ater Majok. After having to sit out last season, he will finally become eligible at the end of the fall semester. Having already been with the team and learning the system for a year, he is ahead of the curve compared to other freshmen and shouldn't have the jitters and brain farts that usually come along with being a young player in D-1 basketball.

While the major contributors in this group are all unknowns outside of Sticks, there is enough size, athleticism, and raw talent spread around to create the formidable, intimidating frontcourt that UConn is known for as they gain experience and get used to the college game.

Just like the frontcourt, the guards this season are either well-established guys in the rotation who will be counted on to lead and account for the loss of AJ Price (see: Jerome Dyson and Kemba Walker), or fresh from the high school womb-young'ns with 0 college ball experience. Dyson and Walker will be the straws that stir the drink. As they go, the Huskies will go. Both are fearless, hard-nosed players who look to drive and create opportunities at the rim for themselves or their teammates, and who harass opposing guards to such a degree on defense that there will be a national hotline set up for players to call in for counseling and support. Both guys can hold their own shooting the ball, but are not nearly the marksmen that Price was and so hopefully they worked on their outside shooting enough in the offseason to command respect from opposing defenses.

The good news is these 4 plus Beverly actually give the Huskies more depth in the backcourt than they've had in the past couple seasons, but the bad news is that depth is very inexperienced and will be pressured by the never-ending train of good Big East defenses. How quickly Trice and Smith adjust to the college game will be a key for this team all year long as Calhoun can't afford to run Dyson and Walker ragged every night like he did with AJ Price last year. Their style of play leads to injuries and Dyson has already shown a tendency to get banged up easily so limiting their minutes as much as possible will keep them fresh for the long haul. Of course Jimbo won't do this at the expense of losing games though, so the frosh need to step up and show they're capable of handling the pressure.

Overall, this season is wide open in terms of possibilities. This is a team that can be a carbon copy of traditional UConn teams and be a Big East and National title contenders if the veterans step up their games and leadership skills. This is also a team that can struggle to find its identity and be hampered by its inexperience and youth and resemble the 2005 Husky team. Coach Calhoun will have more work to do than he has in past years, both in managing and motivating his seniors and molding his freshmen, but if anybody can do it, he can. I mean, you don't just win 800 games by accident.

22-6 regular season, 3rd in the Big East
Semifinals of Big East Tourney
Sweet 16 in the NCAAs
Posted by Unknown at 3:31 PM No comments: