The Best of Pitchers and Catchers Reporting Day Photos 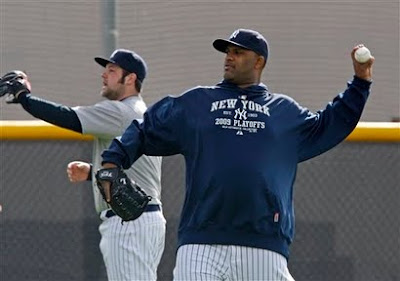 Joba and CC loosen up while discussing the finer points of the Ponderosa vs. Golden Corral buffets and what the best method is for keeping the brims of their hats looking like they just bought them from Lids. 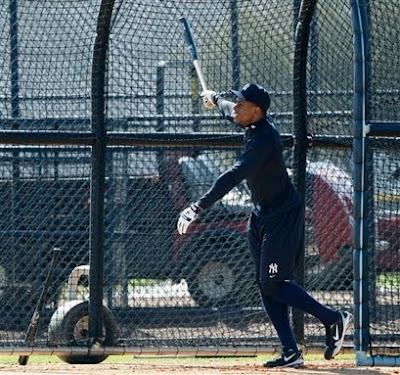 C-Grand works on his home run admiration stance in preparation for the beating he's going to put on the short porch in right field at the Stadium. 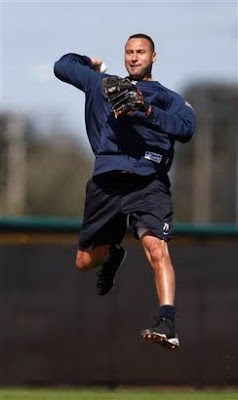 The patented "Jeter Jump Throw" already looks to be in mid-season form. 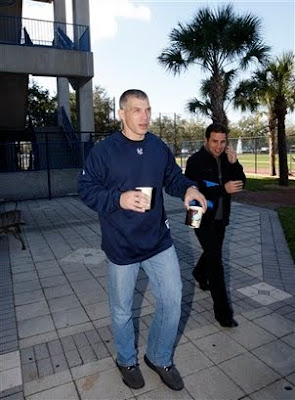 Joe carrying his, and possibly this other dude's, own coffee into Steinbrenner Field.  What other manager puts himself down to this "common" level?  Talk about setting the example of what it means to be a team player. A.J. practices how he's going to fuck with his hat and stall for time during the outings that he can't do anything but throw the ball either down the middle or straight to the backstop (sorry, I had to make that joke).
Posted by Unknown at 10:35 PM 2 comments:

Ahh yes, the gloriousness that is pitchers and catchers reporting. The sun is shining a little brighter; the birds are singing a little sweeter; the air feels a little cleaner; and we all feel just a little bit happier about our lives.

Ahh yes, it is a great day indeed. I've been doing the same dance as this guy since I woke up this morning. Only I'm doing it without any pants on.
Posted by Unknown at 10:45 AM No comments: