2010 Storylines That Aren't Being Given Enough Attention 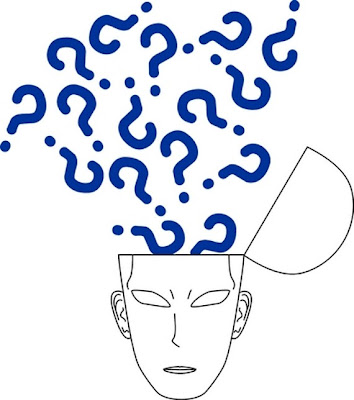 Now that Spring Training has started, we all get to enjoy even more daily coverage of the early 2010 storylines that have been beaten to death: Joba-Hughes Rotation/Bullpen Battle; Is Brett Gardner an everyday outfielder? Who plays center field? 2-spot in the lineup- C-Grand or Nick Johnson?, etc. While those are all valid points to consider and will all have considerable influence over how the season plays out, there is more to this season than just those issues. Here are some other storylines for 2010 that aren't being discussed right now, but should be.

Pettitte will be 37 when this season starts, and 38 by the time the playoffs roll around. He was much better in '09 than his $5.5 million salary indicated the Yankees thought he would be, but that performance did come at the expense of lots of innings, a long series of short rest in the playoffs, and the other various bumps, bruises, sprains, strains, and pains that come with being a late-30s pro athlete.  After that large a workload, how will he respond this year?

Since he's no longer on the HGH workout plan (as far as we know), Pettitte has to be looked at as a potentially bigger injury risk this year, and with it being all but decided that whoever doesn't win the Joba-Hughes 5th-Spot Showdown will be Mo's setup man, the rotation could face some troubling times if the injury bug bites Andy hard.

When he's healthy, he's arguably the best 3rd/4th starter in baseball. But if he ends up not being healthy and goes down for the count, what is the plan?  A back end of the rotation featuring Joba/Hughes and Gaudin/Mitre/Aceves/Someone from the minors won't strike fear into the hearts of the Sawx, Rays, Angels, or Mariners.
2) How will A.J. Burnett fare without Jose Molina catching him?

Despite what everybody in the organization said last year, it was clear that there was a disconnect between A.J. and Jorge and that A.J. was more comfortable pitching to Molina. With Pudgy not on the bench anymore, how will A.J. cope? Is he going to be able to suck it up and work with Jorge? Will he continue to not mesh with the unquestioned Yankee clubhouse leader and force Joe to make Cervelli his personal catcher? Will he be able to tie his own shoes and go potty by himself like a big boy? Can he drink his Gatorade in the dugout without a sippy cup? It shouldn't take too long for this question to be answered.

3) What kind of rest schedule, if any, will Joe have for A-Rod?

The Horse got a clean bill of health from team doctors and the surgeon who performed his hip surgery last year, so all systems should be go. But with a player who is that important to the lineup and the team, will Joe want to take a cautious approach early on and see how the hip holds up before officially declaring A-Rod 100%? And even if he does, will A-Rod have more scheduled off-days or DH days this year to make sure the hip stays kosher all year long? How many at-bats (and hits, RBIs, and potentially wins) is Joe willing to sacrifice by giving them to Ramiro Pena in the interest of keeping the A-Horse in tip-top shape?

4) Will 2010 finally be the year Robinson Cano puts it all together? Or is he what he's going to be?

Since he first broke in with the team, we have heard Cano be talked about as a player who can dominate the 2nd base position for years to come, win multiple batting titles, multiple Gold Gloves, and so on and so forth.

The reality of the situation in 2010 is that Robinson Cano is still a talented player who has not fully matured into the player he has the potential to be. He is still too impatient at the plate at times, has a growing reputation as a terrible clutch hitter that is another year or 2 away from rivaling the bad rep A-Rod had, and still makes too many mental/effort-related mistakes at 2nd and plays with such an air of nonchalance about him that it makes you wonder just exactly how much he really gives a fuck out there.

The Yankees held Cano out of multiple big potential trades over the years because of the high hopes they had for him. With Matsui and Damon gone and Jorge expected to start a much steeper decline in production this year, the burden falls on Cano to step up this year. He's got a chance to be penciled in as the 5-hitter behind Teix; how will he respond? Will he take a more serious, focused approach to the game, understand his new role, and become the kind of player the Yankees can count on for the next 5-6 years? Or will he continue to be the loping, sometimes lazy guy who makes 5-8 too many errors in the field and drives in 20-30 too few runs at the plate?

(Bonus Question: If he continues to play the way he has, how does he fit into the Yankees future plans? Do they keep him and keep waiting or trade him before his value starts to deteriorate?)
Posted by Unknown at 4:00 PM No comments: