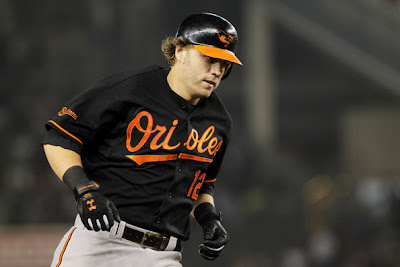 (I could dig this guy.  Courtesy of Getty Images)

Friday night's non-tender deadline has come and past, with not a whole lot of surprises or drama.  The Yankees, as expected, tendered contracts to all 5 of their Major League regulars who were arbitration eligible and also offered a deal to Jayson Nix, who was then designated for assignment to clear a roster spot for Mariano Rivera after agreeing to a Triple-A assignment and invite to camp if he cleared waivers.

But that still leaves the open spots in right field and now catcher for 2013, as well as a pretty empty bench right now, and there were some players who were non-tendered by their clubs who could be viable fill-in options as part of the "1-year only" plan to build next season's roster.  After the jump, the 5 players who the Yankees could take a look at.

So The NY Post had a little fun with The Captain this week, posting a picture of him looking a little soggier around the midsection than usual with the caption "Derek Eater."  OK, the name is pretty clever, but was it really that slow a news day that they couldn't have put something else on there??  You really had to go after The Captain?  The guy's in a freakin' walking boot, for crying out loud!  Kinda tough to get your cardio in that situation.  And if you really want to go to the scoreboard, we can do that:

All chicks who were in the prime of their hotness and became more famous for dating Jeter.  There's a reason the most viewed post in AB4AR history is the one comparing Derek Jeter to a pimp.  That's because everybody recognizes how awesome he is and women are powerless to stop said awesomeness.  Jeter's probably fat right now because he's done nothing by lay around and have Hannah Davis feed him by hand for the past month and a half, and that's baller.  Now hit the music!