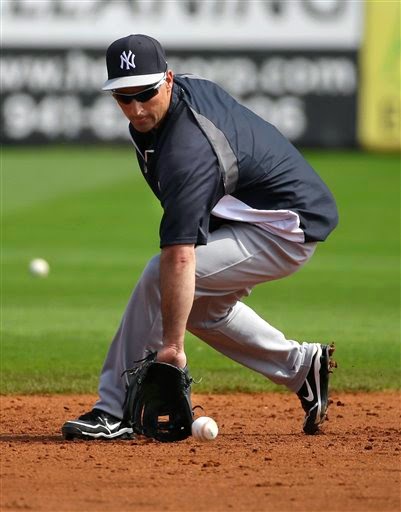 The move to designate Eduardo Nunez for assignment was a long time coming.  After spending a few years earlier in his career as the media-anointed heir to Derek Jeter's starting shortstop spot, Nunez came to be seen for what he truly was over the last few seasons: a below-average hitter with a swing-happy approach and an almost unfathomably bad defensive player at any position.  The Yankees gave him plenty of chances to show signs of improvement and he didn't show them, so even though there does exist the slight possibility of him sticking with the organization, it's far more likely that we've seen the last of Eduardo Scissorhands in a Yankee uniform.

A Reason To Not Be Concerned About CC's Start Yesterday 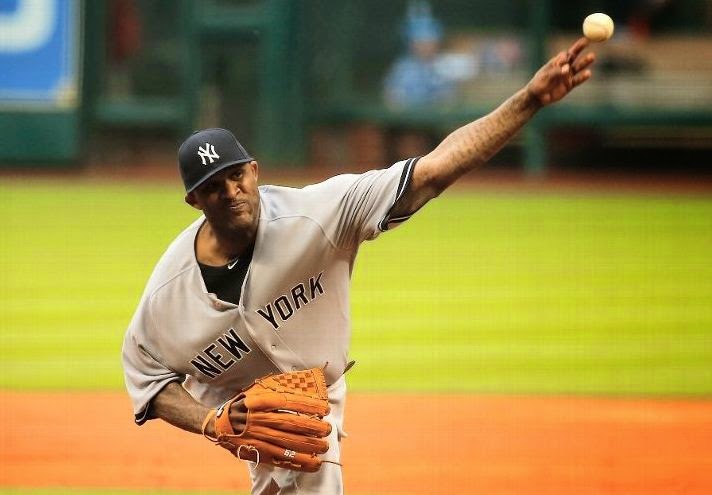 Besides the simple and obvious one that he's had a poor Opening Day track record, of course.  CC Sabathia was bad in his first 2 innings last night, giving up all 6 of his runs in those frames before settling down and making it through 6 without further damage.  He and Joe said his early struggles were due to his pitches cutting, and after the game CC had an explanation as to why:

“I wanted to try to back off and not overthrow.  When I do that, I tend to cut myself short and that’s when the balls cut. My changeup cuts, my fastball was cutting. It’s just me not really getting extended and letting the ball go out in front. It’s just cutting it off and that’s what makes it cut.”

Whatever mechanical adjustment he made to counteract the early cutting problem worked for him over the next 4 innings, as did the addition of the cutter to his pitch mix in the 4th.  While it's never good to see the big guy struggling, it's reassuring to read that he knew what was wrong and made a change to correct it.  That's way better than the lack of answers he had for most of last season and should provide confidence that Sabathia will be fine going forward. 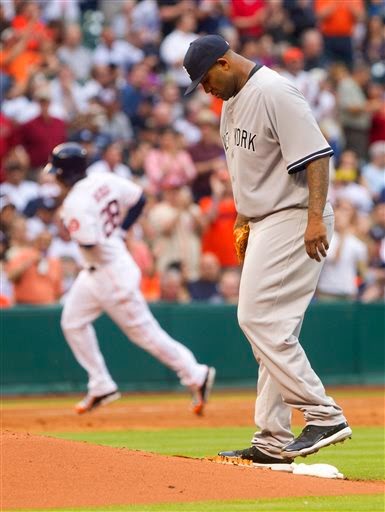 After going through an offseason that saw more roster revamping than I can ever remember, the Yankees became one of the final 2 teams to start their 2014 season when they took the field in Houston last night against the Astros.  On this night, they looked very much like an early work in progress.

- Sabathia's struggles continued in the 2nd.  He gave up his second HR of the game to L.J. Hoes to start off the inning, then his 6th run of the night on a 2-out single by Jose Altuve.  Before the Yanks even had a chance to turn their lineup over, they were down 6-0.

- The offense didn't do much to help the shaky Sabathia.  Scott Feldman held them to 3 baserunners (1 hit, 1 BB, 1 HBP) through 6 innings.  They loaded the bases against him in the 7th, but the bullpen got him off the hook.

- Sabathia settled down and got through 6 innings after the horrible start.  He retired 12 of the final 14 batters he faced and started to find the command of his sinker and slider.  It was just too little too late.

- Speaking of which, the Yanks managed to not get shut out by tacking on 2 too little too late runs in the top of the 8th.  McCann and Teix each singled in a run to finalize the 6-2 score.