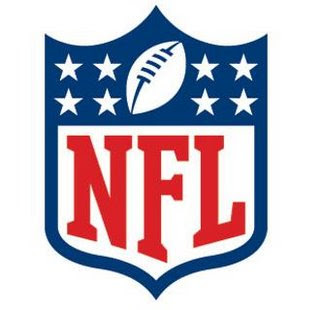 It's not all shameless Yankee praise and Red Sox bashing here at An A-Blog for A-Rod.  We enjoy football season just as much as the next overweight American.  And it is with that in mind that we introduce our weekly NFL Wrap-Up column, which focuses on some of the storylines not covered by the mainstream media and looks forward to the upcoming MNF matchups.

Pittsburgh 13 Tennessee 10
Quite possibly the most boring close game ever played in NFL history. Pittsburgh's RB trio of Willie Parker, Rashard Mendenhall, and Mewelde Moore looked more primed to audition for "So You Think You Can Dance?" than to carry the ball 20-30 times a game with all the stutter-stepping and juking behind the line of scrimmage they did. On the good side of that, though, fantasy owners of Roethlisberger, Santonio Holmes, and Hines Ward can rejoice.

In case anybody missed last year's first round NFC divisional playoff game between the Panthers and Cardinals, Jake Delhomme was gracious enough to re-enact his disgraceful performance and lead the Eagles to victory after Donovan McNabb went down with broken ribs. Reports that team officials had to prevent Mike Vick from trying to drown and electrocute McNabb after hearing about the broken ribs haven't been confirmed.

Despite just having fun out there yesterday, there is a possibility Brett Favre will be on the injury report next week with a strained back. Favre was clearly not ready to hand the ball off to Adrian Peterson as many times as he did yesterday after missing virtually all of training camp. Only time will tell if he'll be able to hold up to such a demanding workload of reverse pivots and 4-yard dumpoff passes to Percy Harvin for the whole season.

Indy's season-opening win was not without loss, as Anthony Gonzalez went down with a knee ligament injury. Despite Gonzalez's injury and his expected recovery time of 2-6 weeks, Indy will most likely not attempt to re-sign Marvin Harrison. Instead Peyton Manning is scheduled to shoot a PSA today asking for any and all athletic, tall black guys to show up at Lucas Oil Field for a tryout. Judging by what happened to the last person who crossed Marvin Harrison, I would advise against that decision.

Tony Romo re-establishes himself as the best "Early Season With No Pressure On You or Your Team" QB in the NFL with a dominant performance in the first game of the No-TO Era in Dallas. If only the Boys could play Tampa and their horrible defense all 16 games of the season; then nobody would have to worry about punts hitting the scoreboard.

Mark Sanchez's performance yesterday was, in perfect accordance with his last name, downright dirty. Jets fans haven't seen a QB look that good since they saw Sanchez's spread in GQ earlier this year. A lackluster performance by the Texans' supposedly high-powered offense must have fans already secretly wishing for Matt Schaub to get hurt again.

After giving up 38 points and over 400 yards of offense to the traditionally offensively-weak Ravens, new KC head coach Todd Haley is probably thinking he fired the wrong coordinator. If your team allows 300+ and 3TDs to Joe Flacco and 100+ rushing yards to Ray Rice, just imagine what Phillip Rivers and LT will do to you? Something tells me Haley will be updating his resume as this season winds down.

In a page right of the Bill Belichick playbook, Josh McDaniels draws up the old "Throw it to the cornerback who jumped the primary receiver's route and have him tip it to the other receiver playing right behind the defense so he can run and in score with 11 seconds left" play and the Broncos execute it to perfection to steal a win from Cincy. Not only did it win the game, but it also gave us the first of hopefully many insane Gus Johnson calls this season.

Miami blasted out of the gates yesterday with an electrifying offensive display, highlighted by Pat White burning up the Falcons' D for... 0 yard on 2 touches. Wait, what? In actuality, Miami came to the harsh realization that defenses have caught up to the WildCat formation and that Ronnie Brown and Ricky Williams probably aren't the people to be running it. Not to mention the fact that when that doesn't work and the game is on Chad Pennington's shoulders, you can pretty much put up an L for your team.

Corey Webster's textbook takedown of Santana Moss pretty much summed up the game between the G-Men and the Offensive Nicknames of DC. Jason Campbell was horrific again, raising serious questions about whether he will ever be able to effectively run the offense. During the 4th quarter, Washington owner Daniel Snyder was in contact with Heath Shuler, Mark Rypien, and even Sammy Baugh about coming in this week for a workout.

Maybe Kurt Warner's age is starting to get to him as he seemed to forget he had Larry Fitzgerald and Anquan Boldin on his team and instead chose to complete 11 passes to Tim Hightower in the Cardinals' upset loss to San Fran. SF head coach Mike Singletary's team exhibited the new smash-mouth, hard-working approach he wanted to take this season. No word on whether or not him taking his pants off had anything to do with the team's effort.

Jim Mora and the Seahawks got to remember what it was like when they ran an offense that had a good QB and a full complement of good receivers yesterday. In a related story, first-year head coach Steve Spagnolo remembered how much easier it was to coach a defense when it actually had good players.

Not even his favorite Dashboard Confessional album and a new pair of black skinny jeans could help emo-QB Jay Cutler overcome his sad performance in his first game as a Bear. Packer fans were surprisingly light on Cutler after his 4-TD disaster, probably because they're so used to seeing those performances from Brett Favre. Aaron Rodgers' picture-perfect 4th quarter, game-winning TD pass was Exhibit Z in the case for why Ted Thompson kept him and let Favre go. After the game Thompson rested his case.

Pretty simple math here; A dynamite offense led by the fully healthy QB who also happens to be the best player in the league + a pedestrian defense at best and an offense that was so inept in the preseason it's coordinator was fired = a blowout win for New England and a lot of people turning to Monday Night Raw by halftime.

The only thing uglier than the NE-Buffalo game will be this one. Seriously, NFL, this is the best you could do for opening night of Monday Night Football? Do you not want people to watch or something? Whoever does stay up to watch this will get to witness the rebirth of LaDanian Tomlinson as an elite back and Antonio Gates as en elite tight end. It's not all bad news for Oakland, though. With reports that Michael Crabtree is willing to sit out this season and re-enter the draft next year, they will have another shot to draft the correct WR.
Posted by Unknown at 5:34 PM No comments: