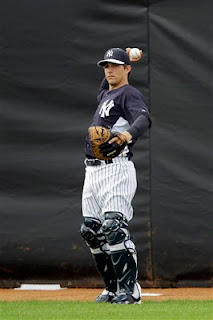 Wild stuff from Joel Sherman this morning on just how inept the Yankee offense has been from the right side of the plate: 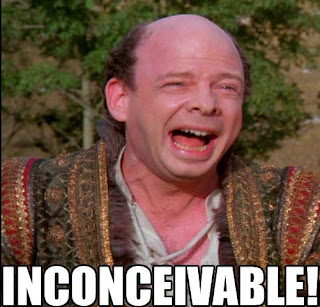 Talking about how bad the offensive output has been is starting to enter dead horse territory at this point, but it's one that will continue to be beaten as long as they continue to hit this poorly.  Let this serve as another reminder of how much this team needs A-Rod back.  If you still think they don't, you're only fooling yourself.

Who's Next On The Active Roster Merry-Go-Round?

The Yanks will return to the diamond tonight after their last off-day before the All Star Break.  The expectation is that they will send Ivan Nova back down to Triple-A after his Sunday spot start and recall somebody from the Minors.  As much as a 13-man pitching staff might help against the Rangers and Orioles, a 3-man bench of Austin Romine, Alberto Gonzalez, and Vernon Wells is not an ideal scenario and Nova won't be able to pitch for at least a couple days.  Adding a position player is the right move to make here.  The question is who.

The players who would be ideal call-up options are either hurt (CoJo, Mustelier, Boesch) or ineligible (Neal), and the only other guy on the 40-man roster who could be called up is Ramon Flores.  The Yankees aren't going to make that jump, nor are they going to make a rush move and call up somebody like J.R. Murphy, so what's the play here?  Smart money would be on either the newly-acquired Brent Lillibridge, who can play literally every defensive position except catcher, or lefty swinger Dan Johnson.  Johnson has some power in his bat and would be a nice option to sub for the slumping Lyle Overbay, but I bet Lillibridge's extreme defensive flexibility and right-handedness gets him the nod.

We've already seen the Yankees give 219 combined plate appearances to 7 guys - David Adams, Thomas Neal, Zoilo Almonte, Corban Joseph, Chris Nelson, Reid Brignac, Alberto Gonzalez - that nobody expected to see on the field this season.  In a few hours, we should see number 8.
Posted by Unknown at 8:55 AM No comments: