Monday Morning Musings After A Week Off

I got to watch the Germany-Brazil World Cup semifinal match on Tuesday in Germany at an outdoor hotel bar surrounded by German people.  Say what you want about the sport itself, but soccer fans are easily the most passionate, energetic sports fans in the world.  The amount of celebrating that was going on in the streets of Hannover after the game was similar to what we see in the US when major colleges win their football or basketball national championships.  And this game wasn't even for a championship.  Soccer people just LOVE them some soccer.  I can't think of a time in the last 5 years when a Yankee Stadium environment was even close to half as crazy as that scene.

Not that the Yankees have given the fans much reason to cheer this season.  Or last.  They've been just as bad and almost as boring as last year's team, and they figure to get more boring in the second half now that Masahiro Tanaka is on the DL.  I love blogging about the Yankees and getting a chance to write something outside of the normal business tone, but I'd be lying if I said I wasn't glad to have a week off from this last week.  This whole organization has stagnated to such a degree that it's hard to muster up the energy to get mad when they lose or get too happy when they win anymore.

Now that I've had a chance to get back home, recharge, and catch up on everything I've missed, here are some hot takes on the Yanks and their position in the AL as they stumble into the All-Star break.

Severino And O'Brien Do What They Do In The Futures Game

The MLB Futures Game kicked off All-Star Week yesterday, and the Yankees were represented by a pair of prospects.  Luis Severino from High-A Tampa and Peter O'Brien from Double-A Trenton were the reps, playing for the World and USA teams respectively.  In their first performances on a big national stage, each displayed in a small sample size their calling cards as prospects.

Severino was the 4th World pitcher to enter the game and he worked a scoreless inning in the 4th, allowing 1 base hit and striking a batter out.  The strikeout victim was Joey Gallo, baseball HR leader and eventual game MVP, and Keith Law had Severino sitting 93-95 with his fastball.  O'Brien went 0-2 with 2 strikeouts, a somewhat expected result given his free-swinging tendencies.  Against the best pitchers the Minors have to offer, it's understandable that those skills overshadowed his high power potential.

All in all, not a bad night for the Yankee system in the Futures Game.  Just the fact that they got 2 reps for the first time in a few years is a step in the right direction for the organization. 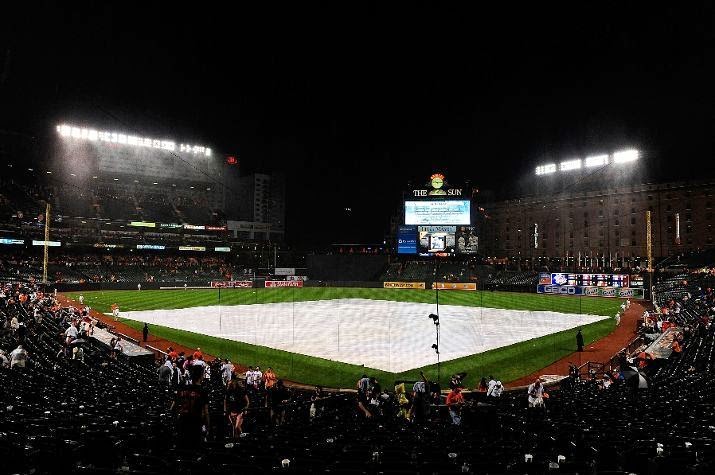