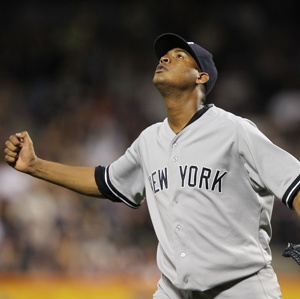 All in all, I think the Yankees are making the right call here.  I honestly believed it was a foregone conclusion that Gordon would be DFA'd once Colon came back, but if the Yankees are committed to keeping Nova and Noesi stretched out as starters then it makes sense to keep Gordon around for the time being.  I will say, though, that I am going to be a bit more uneasy knowing that if Garcia or Hughes or A.J. has a bad start, we're going to see Mitre and Gordon coming in to put out the fire instead of Nova or Noesi.
Posted by Unknown at 12:46 PM No comments: