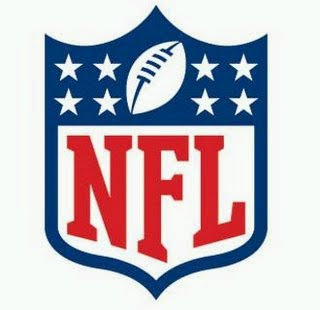 While the Jets may have gotten a win and pulled themselves back within a game of the Pats, Mark Sanchez's inability to execute a simple slide even after being taught by the Almighty Joe Girardi might have put the rest of their season in jeopardy.  Once again, the Jets relegated Sanchez to second banana duty and rode the strength of their running game (249 total yards) to glory.  Holding Buffalo to 221 total yards as a team, forcing 2 TOs, and having Darrelle Revis act as a one-man witness protection program on the other TO didn't hurt either.

The Texans' "2012"-style implosion continued as they fell to the Jags.  While David Garrard was efficient with his 238 yards and 2 TDs, Houston managed to have 3 INTs thrown by 3 different people, inluding Chris Brown's pathetic sissy-armed flail on a botched halfback pass play.  Shit, they even got Rex Grossman into the act.  But on the positive side, at least Houston didn't ever have a lead or a tie at the end of the game for kicker Kris Brown to blow with a missed FG.

With Jake Delhomme not playing, it would have seemed like the Panthers could finally be involved in a watchable game this season.  But Bobby Abreu Freeman courageously took it upon himself to pick up the slack in the hideous interception department, tossing 5 picks in a performance that could only be described as Delhomme-ian.  Carolina RB Jonathan Stewart filled in for the injured Deangelo Williams with 26 carries, 120 yards, and a TD, and sub Matt Moore only turned the ball over once in the Panther win.  After the game, Delhomme came rushing up to Moore in the locker room asking him how he did that cool trick.

Some time you just have to sit back and say "I have no clue how the fuck that happened" and that's really all you can say about this game.  Sure Drew Brees threw for 419 yards and 2 TDs, Jason Campbell had 367 yards and 3 TDs, and 2 WR busts-in-training Robert Meachem and Devin Thomas combined for 15 catches, 242 yards, and 3 TDs, but it was the few bizzare sequence of plays that led to the Saints victory.  First there was Meachem' strip of a Washington INT at the end of the first half and run back for a TD, then Sean Suisham's insane FG miss from 23 yards late in the 4th quarter followed by Brees' 53-yard game-tying heave to Meachem to force the game into overtime.  Sprinkle in a little OT Washington fumble to set up the New Orleans game-winning attempt and you've got yourself a classic "I have no clue how the fuck that happened" game.

Despite the return of Ben Roethlisberger and his 278 yards and 2 TDs, the Steelers were powerless to stop the offensive juggernaut that is the Oakland Raiders yesterday.  Last week's controversy over Big Ben not playing surely won't die down after this tough loss as it was clearly that big pussy Roethlisberger's fault that the Pittsburgh D gave up 308 yards passing and 3 TDs to Bruce Gradkowski and 142 yards and 2 TDs to rookie WR Louis Murphy and allowed their team to get outgained by Oakland.  Maybe if Ben was a little tougher and lied to the team doctors to play last week, Ike Taylor would have been able to cover Murphy.

In something only slightly less shocking than the story that Tiger Woods likes to take Ambien and fuck skanky club chicks, Miami actually came back to win this game on the strength of Chad Henne's arm.  Henne outdueled Tom Brady, throwing for 335 yards and 2 TDs and not throwing 2 4th quarter picks like Brady did.  The Pats are now 0-5 this season in road games on US soil and this new strategy of not winning on the road to maintain a safe division lead and not being able to hold 4th-quarter leads doesn't seem as genius as some of Belichick's past schemes.

Denver racked up 245 rushing yards as a team, punctuated by Knowshon Moreno's 2 TDs.  Matt Cassell helped get himself, Todd Haley, and Scott Pioli one step closer to updating their resumes with a horrible 10-29, 84 yards, 0 TD, 2 INT performance that ranks right up there with some of Jamarcus Russell's best work.  I'd say more to comment on this game but that would be like making fun of the handicapped.

Vince Young clearly can't cut the mustard as an NFL quarterback and the curse of Jeff Fisher wearing that Manning jersey earlier this year came back to haunt the Titans on Sunday are the 2 things you would take out of this game if you were a moron.  The truth is that the Colts are just that good and Peyton Manning is just that awesome.  His 270 yards, 136 of them to Pierre Garcon, and 1 TD led the Colts to their 21st straight regular season win, tying the record the Patriots set a few seasons ago.  Chris Johnson had over 100 yards rushing again in the loss, but didn't seem his usual explosive self.  Prepping for that footrace against Rajon Rondo must have taken a lot out of him.

Dominant WRs past and future were on display as Chad Ochocinco had 9 catches for 137 yards and a touch for Cincy and Calvin Johnson put up 6 for 123 and a TD himself.  The Bengals' win coupled with the fact that the other 3 teams in their division now officially suck has them well in command and on their way to the playoffs.  Despite saying they aren't looking ahead, Carson Palmer is already planning out strategies to keep fat D-linemen from rolling up onto his leg in the divisional playoffs.

Jay Cutler silenced his ever-growing number of critics with a sterling 8-17, 143 yard, 1 TD performance in leading the Bears to a win over hated rival St. Louis and keeping themselves sort of kind of maybe in the NFC Wild Card hunt.  Matt Forte returned from his 12-week sabbatical to contribute 91 rushing yards and a TD for da Bears.  As far as the Rams go, when your kicker hitting all 3 of his FG attempts for all your team's points is the only thing worth mentioning, you know you fucking suck.

With the Falcons essentially playing their JV team as Matt Ryan and Michael Turner sat out with injuries, the Eagles showed class in their win on Sunday by matching up their JV QB Mike Vick with the Falcons in an attempt to keep the game close.  Vick did score 2 TDs in his return to his former home field but nobody seemed to give 2 shits.  Matter of fact, I don't even really want to write anything else about this game.

With this tough loss to a division rival, the 49ers are now officially out of the playoff hunt.  Against a defense that has given up a ton of big plays all year, Frank Gore could manage just 25 yards on 9 carries, effectively leaving the game in Alex Smith's hands.  And when you leave the game in the hands of someone who has small hands, predictably he's going to blow that game.  At least Smith was good enough to get Vernon Davis some touches so he could put up some good fantasy numbers for me before deciding to murder the '9ers' chances of victory.  Thanks, Alex.

Nothing signals the changing of the seasons quite like the Cowboys collapsing in December and they got off to an early start of it this year with Sunday's loss to the G-Men.  The Cowboys were outgained 424-341 by the Giants, a margin that looks even worse when you consider Tony Romo threw for 392 yards and 3 TDs on 41-55, all career highs.  The Dallas running game was non-existent, almost as invisible as their tackling on Brandon Jacobs' 74-yard catch-and-run receiving TD or Domenik Hixon's 4th-quarter punt return TD.

The Chargers put up the kind of gaudy numbers you would expect when a team plays the Browns, with Phillip Rivers throwing for 373 yards and 2 TDs, 167 of them to Antonio Gates.  But the surprise of the day was the Browns actually making an attempt to play hard and be competitive.  No, I'm serious, they actually played pretty well.  Brady Quinn had 271 yards passing and threw 3 TD passes.  Stop laughing, I'm not making that up.  No, it wasn't me playing Madden that gave him those numbers, he really did that.  Why don't you believe me?  Alright, fuck this.  If you're just going to sit there and laugh then I'm done.

And the fugazi Vikings are finally exposed as the frauds they are by a quality opponent.  Everybody can now take that pro-Viking rhetoric and throw it in the garbage right next to all Minnesota's previous opponents this season.  After feasting on the likes of Cleveland, St. Louis, Chicago, and Detroit, this game was a rude awakening for the ole gun slinger.  This was Brett at his Favrest; badly misreading coverages, sailing passes high and wide from all angles, and making that classic "so what if it's quadruple coverage, I'm Brett Favre, damnit, and I'm throwing the ball in there" decision that always results in a pick.  It was beautiful to watch, truly beautiful stuff.  Adrian Peterson getting completely shut down didn't help, and thankfully Kurt Warner was there to pick up the slack for old guy QBs, but another game or 2 like this and you can pencil in Favre for a phantom injury right before the playoffs start to build the excuse for his inevitable playoff meltdown.

I don't want to say I'm a genius, but I called it again.  If there was no such thing as a points spread, I'd be wearing expensive suits, Guinea gold chains and calling myself "Brad The Polack" right now because I can fucking pick winners, baby.  The Pack did exactly what they had to do and Joe Flacco's back-to-back picks did the rest.  Now they're still in command of the final Wild Card and peaking at the right time as they head into Chicago to cause Jay Cutler more pain and misery next week.

MNF Predictions for the season (Winners): 10-4

Just thought I'd throw that out there again for everybody to look at.
Posted by Unknown at 9:38 PM No comments:

What The Hell Is Going On?

Do the Yankees have Granderson yet?

Is the trade official?

Did they really give up A-Jax, Coke, and Kennedy?

Are they getting any prospects back?

Are the D-backs really that stupid to make this deal?