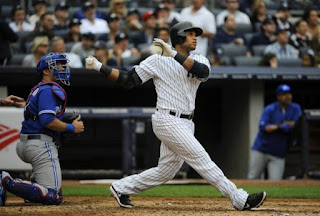 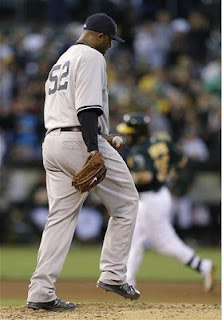 In tying this new trend to the rest of the major CC-centric talking points this season, I think this elevated HR rate (currently a career high 13.9%) can be linked directly to the drop in fastball velocity.  Not only have 7 of the 14 HR allowed come against his 4-seamer, 11 of them have come against right-handed hitters.  They're the guys squaring up CC better this season than ever before, and it makes sense that they'd be doing so against CC's diminished fastball.  Just one more hurdle the big fella has to overcome as he makes the transition away from being a power pitcher.

Mark Montgomery To The DL; I'm Not Surprised (Updated)

While it hasn't been as severe as it was last year, the Yankee farm system has dealt with its share of injury problems again this season.  They added another body to the pile yesterday when, as first reported by Chad Jennings, Mark Montgomery was placed on the Triple-A disabled list.  I haven't seen anything on what body part is the source of the move, but it wouldn't surprise me at all if it was something related to Montgomery's pitching arm.

The smoking gun in trying to explain this regression could be Montgomery's diminished velocity.  He's reportedly been sitting at 89-90 for most of the season and not the 91-93 he lived at for the last 2 years.  It wouldn't surprise me at all if Montgomery's lost velocity and injury are both related to the heavy workload he took on last year.  Montgomery pitched 64.1 innings at High-A and Double-A last season and then another 10+ in the AZFL.  When he was announced as a selection for that league last year, I questioned the need for him to add more innings to his arm after only 28.1 in 2011 and now I can't help but ask that question again.

Because we don't know the nature of the injury yet, nothing can be said definitively.  But the pieces all add up to somebody who's been overworked and whose performance and health has suffered because of it.  I'd hate to see this become the first in a long line of health problems for Montgomery as a result of overwork.  The Yankee bullpen is in great shape right now, but he was and still is a big part of their future plans after Mo. 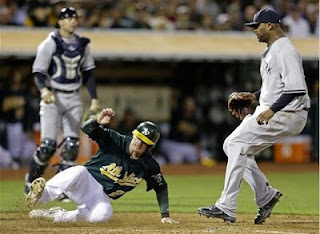