There was a swirling torrent of injuries yesterday.  Here's the latest on all of them from today:

- Via Dan Barbarisi, last night's MRI revealed a Grade II strain of Francisco Cervelli's right hamstring.  He's been put on the DL and is expected to miss at least 4-6 weeks.  Shane Greene was optioned to Triple-A and Austin Romine likely will be called back up to take Cervelli's spot.

- Brian McCann had an x-ray done on his right ring finger after having that HBP ball hit him late in last night's game, and luckily that one came back negative.  He'll be fine.

- Apparently Yangervis Solarte took an inadvertent shot to the man region on that play at first base last night, hence the limp and pained reaction.  Nothing wrong with his groin.  He's good to go.

- Haven't heard anything on Jeter or Roberts, so I'm assuming Jeter is still playing tomorrow.  My guess is that Roberts will not and the Greene send down was to clear another roster spot for his non-40 man replacement.

** UPDATE 8:26 PM- Via Barbarisi again, it's actually John Ryan Murphy getting the call up instead of Romine.  Guess the Yankees really want to see what this kid can do. **
Posted by Unknown at 5:00 PM No comments: 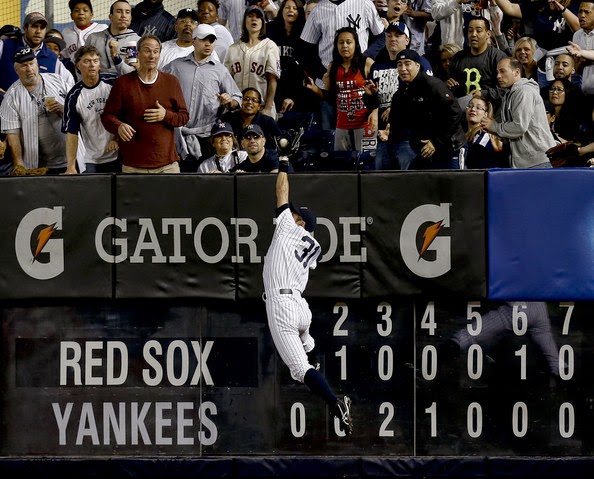 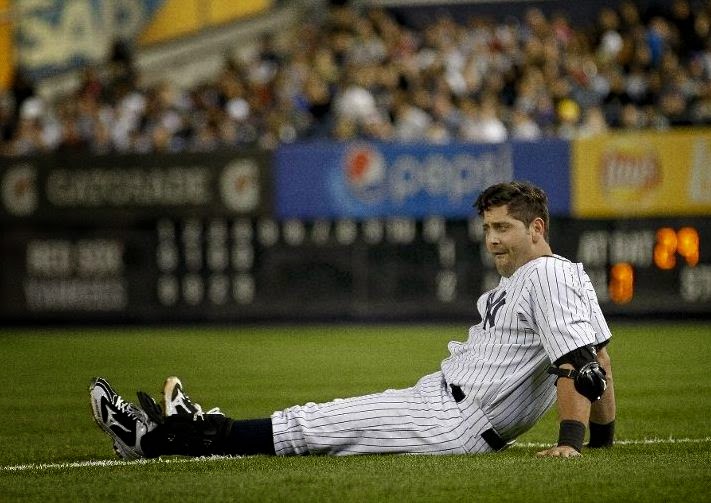 Very often in sports, commentators or writers like to say that something "couldn't have come at a better time" to help a struggling team.  In the Yankees' case, this first scheduled off-day of the year really could not have come at a better time after last night's injury casualties.  If the Yankees had to play a game tonight, it's doubtful they'd have enough healthy bodies to fill out the starting infield. 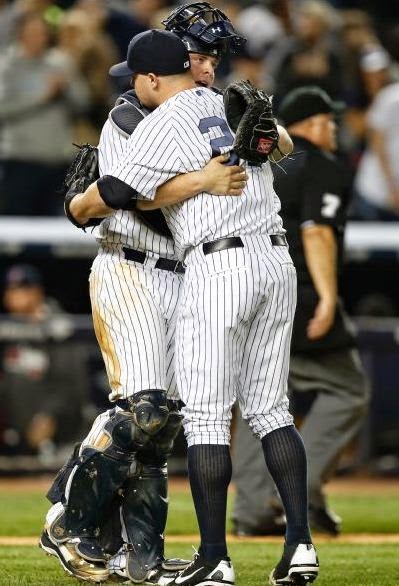 It didn't come without some stress and further infield injury problems, but I got the win I wanted last night.  The Yanks took the first series of the season with the Sawx last night, creeping back over .500 in the process and moving into a much needed first scheduled off day of the year.  The finer details of last night's affair can be found in the live blog from last night below.  After the jump, the notable players and their stat lines.