Is Carlos Beltran Slumping Or Not?

The recent dearth of offense from the revamped lineup has been driven primarily by the lack of production from the middle of the lineup.  Carlos Beltran, Brian McCann, and Alfonso Soriano have been swinging cold bats for the better part of the last 2 weeks, and there simply hasn't been enough production from the other 6 spots in the batting order to make up for that.  McCann and Soriano have never really found their stride since Opening Day, even with a few big power days mixed in, but Beltran was arguably the best hitter in the lineup for the first few weeks.  He's cooled down to the point of being frigid at the plate, and with him being older and having a history of leg problems, I thought it was worth investigating the legitimacy of his downtrend in production similar to how I looked at Derek Jeter over the weekend. 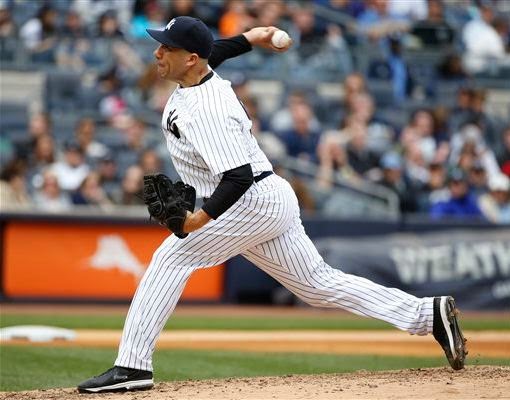 With Derek Jeter scuffling at the plate, Yangervis Solarte cooling down, and Brian Roberts being what we feared he might be, the Yankee infield could use some help.  According to Dan Barbarisi, that help could be coming as soon as tomorrow when the team activates Brendan Ryan from the DL.  The Yanks have been a man short while Michael Pineda serves his 10-game suspension (operating with a 3-man bench) and the suspension ends on Tuesday.  Ryan will most likely travel with the team to Anaheim, get a day off today, and then be activated and available for tomorrow night's game.

Joe said he wanted to get Ryan 40-50 plate appearances before bringing him back and by my count he's had 30 in his MiL rehab assignment.  I guess the Yanks are counting PA he got in a few ExST games before the assignment started towards the total.  There have been no negative reports about Ryan's back since he returned to game action, so it sounds like he's good to go.  He's not going to be the offensive savior of the group, but his presence will allow Joe to rest Jeter and Roberts a little more and play some favorable matchups and his defense should be a big boost to the pitching staff.

Just cross your fingers that his back doesn't stiffen up on the cross-country flight...