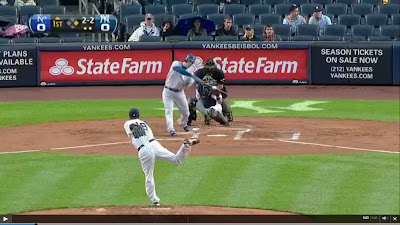 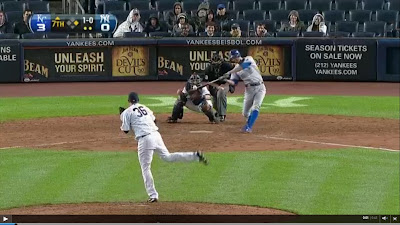 Labels: Blogging Under The Influence, Pictures Speak Louder Than Words

Teix Back In The Lineup, Dropped To 7th

I was certainly in favor of dropping Teix in the order, but I have to say I'm a bit surprised that Joe decided to implement that tactic after giving the guy 3 days off.  I figured Joe would have given Teix at least 1 day in his regular spot to try to make something happen.  But when you're hitting .226/.281/.384 (.290 wOBA, 77 wRC+) and you're "vs. L/vs. R" wOBA splits are .263 and .304 respectively, it's a hard case to make that you should be hitting 5th.

If you're so in shock at this move that you think it can't be real, head over to the official AB4AR Facebook Page and check out tonight's complete lineup.  Hell, do me a solid and "Like" the hell out of it while you're there.

#shamelessplug
Posted by Unknown at 3:50 PM No comments: 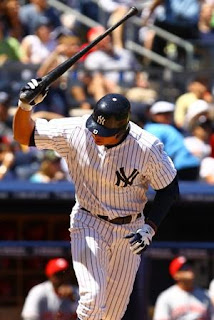 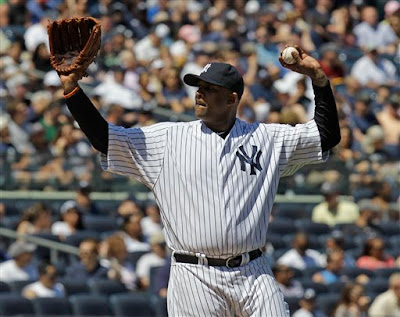 (Clearly it was the ball's fault.  Courtesy of The AP)﻿

This game sucked.  No other way to say it.  It should have been a situation for success for the Yankees, and through 6 innings it was playing out that way, but everything completely fell apart in the late innings and the offense continued to come up small when it matters most.  It had already been a frustrating week to be a Yankee fan.  Losing a second straight game when CC Sabathia is on the mound only added to that frustration.

- CC had his 4-seamer and slider working early and rode them to a scoreless, hitless start through 3 innings.  He did hit a batter and walk another, but Sabathia also struck out 3 batters and looked to be well in control.

- Through 4 innings, the Yankee offensive struggles continued.  They left at least 1 runner on base in every inning, grounded into 2 more double plays (both on nice defensive plays), and plated 0 runs against a less-than-perfect Johnny Cueto despite getting 4 hits and working 2 walks.

- CC got into a little trouble in the 6th, when a leadoff bunt single and a walk put 2 on with no outs.  But he did what you expect your ace to do and promptly shut the potential rally down with a much-needed GIDP from Brandon Phillips and a strikeout of Jay Bruce.

- Raul Ibanez continues to do damage with the bat.  After the offense failed to capitalize on numerous chances through 5 innings, Ibanez stepped in with 1 out and Robinson Cano on 2nd after a leadoff double and hit his 9th HR of the season (6th in his last 12 games) to give the Yankees a 2-0 lead.

- Little strange to see CC give runs back, but that's just what he did in the top of the 7th and he did it in spectacular fashion.  2 solo HRs by Ryan Ludwick and Ryan Hanigan tied the game, and a single and 3 consecutive walks forced home the go-ahead run.  CC wasn't happy with home plate umpire Tony Randazzo, and he let him know it after the inning, but that was a shockingly bad job by CC.  Hanigan's HR came on an 0-2 fastball that couldn't have been more over the plate if CC tried.

- The bullpen didn't get the job done either, as Boone Logan and Rafael Soriano combined to give up 2 runs in the top of the 9th to make it 5-2 Cincy.  Can't fault Joe for how he manged this one; his guys just didn't get it done.

- As they've been apt to do recently, the offense went silent down the stretch.  As many times as CC has picked them up, it'd be nice to see the lineup return the favor on a day like today.  But the only baseunner they could manage in the last 3 innings was on an error and it was another lost series.