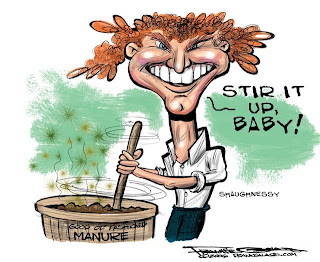 Not really.  He's just doing his usual routine of writing outlandish crap that he doesn't even believe in order to cause controversy and stir up emotions amongst the unwashed masses of Fraud Sawx Nation.  And he does it well.  In his latest craptastic masterpiece, Dan argues that the Fraud Sawx shouldn't even be allowed to participate in the postseason if they make it.  Let's FJM the highlights:

"With nowhere else to turn, I called baseball commissioner Bud Selig yesterday.  Left him a message:"

"Please, Bud. This is your chance to think outside the box. You have sweeping powers that enable you to make unilateral decisions 'in the best interests of baseball.'"

Yeah.  Like turning a blind eye to steroid use, expanding All Star Game rosters to the point that the talent on display in the game is completely diluted, instituting the "homefield advantage in the World Series" clause to the ASG winner, and now considering expanding the postseason.  Those have all worked out in the best interests of the game.

"How about banishing the 2011 Red Sox from postseason play on the grounds of horsebleep play for the entire month of September?"

Because that is the only month that should be taken into account when looking at a team's performance.

"Let the worthy teams participate in the playoffs. The Sox are not worthy."

"Really, how do you root for these guys anymore?"

Because you're a real fan who actually knew the franchise existed prior to 2004 and actually followed the team prior to 2004 and you've stuck with them through the good times and bad and don't jump ship and move on to Patriots season at the first sign of trouble?  Maybe that's how.  Just a thought.

"They have the third-highest payroll in baseball."

And what a tough, gritty, underappreciated third-highest payroll it is.

"They were in first place on Sept. 1. Three weeks later - with a full week left in the regular season - they were eliminated from the top spot in the division by a Yankee team that was roundly mocked throughout New England for most of the last year."

Because winning the regular season series is SOOOOOOO fucking important in the grand scheme of things.  But hey, at least Fraud Sawx Nation has that to fall back on.

"This is about Carl Crawford’s pathetic 18-steal, no-production season. For $20 million a year, Crawford can’t get on base 30 percent of the time?"

"General manager Theo Epstein gets his share of the blame pie for the inestimable millions spent on 1. players who aren’t here and 2. players we wish weren’t here."

Yeah.  It's almost like Theo hasn't really done a great job over the course of the last couple years but has gotten a free pass on it from everybody in the MSM because they can't take their Sawx-colored glasses off and look at him objectively.  Wait, what?

"And let’s not start on Bobby Jenks, Mike Cameron, and the raft of shortstop busts."

Actually, could we start on that?  I think that could be a fun conversation.

“Anything to get the Red Sox out would be awesome for me…. They are fun to play against just because they have a quality team, and they’re gritty, and they play hard and stuff, but I’d love to see them lose.”

“Because I hate the Red Sox."

That gem of a quote comes from Mr. Russell Martin during yesterday's pregame interviews.  I'm going to gloss right over that game because it didn't actually count, matter, or even happen in my mind, and instead just focus on the beauty of Martin's blunt honesty here.  No PC bullshit, no standard player talk about "wanting to win every game," just pure unadulterated hatred.  That's my kind of Yankee.  Tip of the cap to you, Mr. Martin. 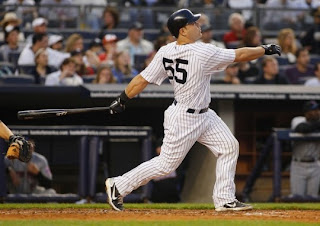