As expected, the Yankees have made their roster moves in response to Michael Pineda's 10-game suspension ending today.  He has been reinstated from the suspended list and placed on the 15-day disabled list for his back muscle strain.  The once again available 25-man roster spot was taken up by Brendan Ryan, who was activated off the DL.

This move gets the Yanks back to a normal roster breakdown: 8 positional starters, 5 starting pitchers, 1 DH, 7-man bullpen, 4-man bench.  They could use some defensive help up the middle, so expect to see Ryan get into the lineup mix immediately.  Pineda will start a throwing program later in the week to get started on his rehab.  We'll see how true that initial 3-4 recovery estimate was.

Posted by Unknown at 2:29 PM No comments: 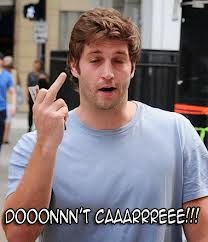 Tuesday Morning Food For Though: One Man, Alone...

It's starting to become annoying to talk and write about, but there's really nothing coming from the middle of the Yankee batting order right now except for Teix.  I mean nothing.  Beltran is getting replaced in the lineup by Ichiro, McCann's OPS is 88th out of 98 qualifying AL hitters, and Soriano is swinging and missing at everything.  Joe tried to shake things up last night with Gardner at the top and Ellsbury hitting third and that didn't help.  The team has scored 3 or fewer runs in 6 of their last 9 games.  Mark Teixeira is the only consistent offensive threat in the lineup and he isn't getting any help.  Mark Teixeira is one man, alone.  Betrayed by the lineup he loves...

P.S.- Yes, I just used a clip from a "Transformers" movie to punctuate a point about the New York Yankees' offense.  Next-level blogging right there. 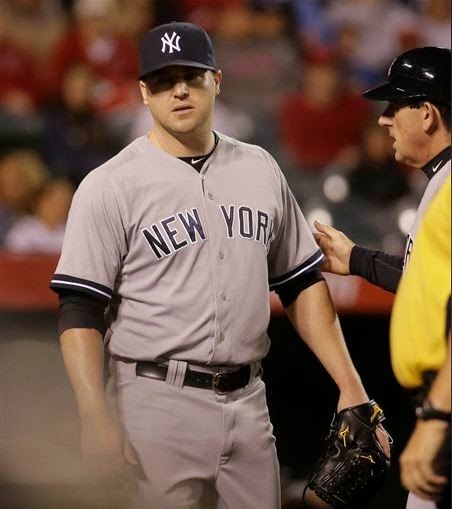