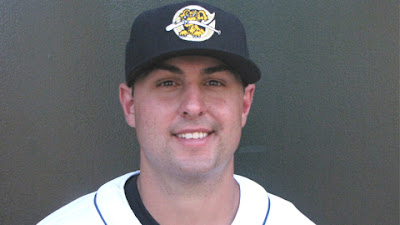 With the big down year had by the top prospects in the upper levels of the Yankee system, the spotlight turned to the higher-profile kids in the lower parts.  The Austins, Williamses, and Sanchezes of the world got the lion's share of the coverage, and justifiably so.  Now that we've come to the later part of the MiL season, and the end of the road for some teams, those big names have been promoted and the focus turned to a different batch of players in the lower levels.  Some of them made good impressions, especially guys from this year's draft, but the major theme for the top hitting and pitching names down here this past month, and for most of this season, has been underperformance.
Read more »
Posted by Unknown at 10:54 AM No comments: 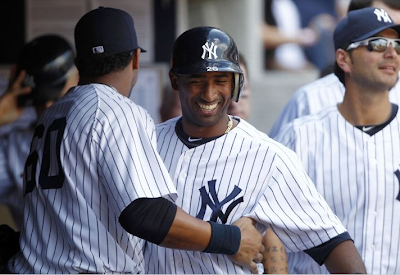 - The Yankees switched to their better defensive lineup to preserve the lead, and D-Rob and Sour Puss did the job in the 8th and 9th.  Soriano looked especially nasty for the second straight time after his last blown save.
Read more »
Posted by Unknown at 8:20 AM No comments: