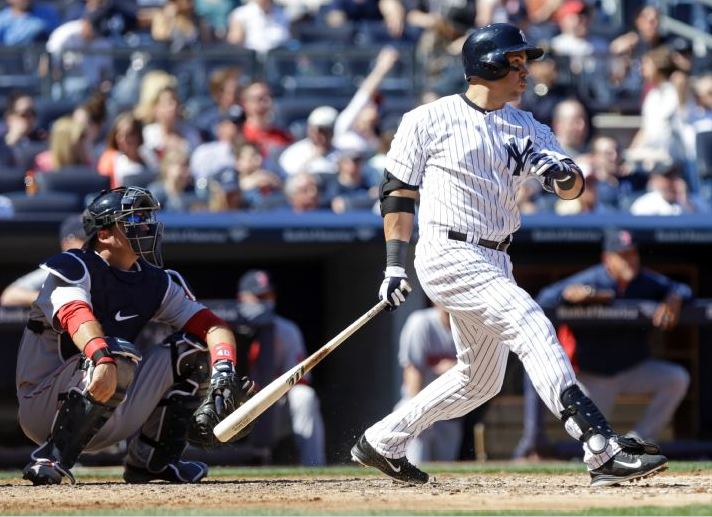 Friday night's game was a bummer.  The Yankee one, not the Brewer game that I went to.  CC was cruising along like he was in his prime and then that Grady Sizmore home run went out and it was like somebody pulling the e-brake.  I just wanted a win today.

- He's not driving in a ton of runs, but Jacoby Ellsbury is making things happen in the 3-hole.  He bunted for a base hit with 2 outs in the bottom of the 1st, and 5 pitches later Carlos Beltran hit a 2-run homer to give the Yanks the lead out of the gate.

- That lead didn't last very long.  A leadoff single and an A.J. Pierzynski 2-run homer to start the 2nd inning and it was tied at 2.  Kuroda missed with a few sinkers, which is never a good sign for him.

- He managed to settle down after the 2nd and his offense picked him up again a few innings later.  Brian McCann finally broke out and clubbed his first Yankee HR to lead off the 4th, and Alfonso Soriano went back-to-back with him for his third of the season.

- McCann struck again in the 6th with his second homer in as many plate appearances, this time with Carlos Beltran on base to make it a 6-2 Yankee lead.

- Kuroda recorded an out in the 7th, but left after walking 2 batters.  Matt Thornton couldn't do the job in relief after K'ing David Ortiz and the Sox got 2 back on an HBP and a 2-run Mike Carp single.

- Not to worry though.  The rest of the 'pen held Boston at bay, Kelly Johnson tacked on an insurance HR in the 8th, and Shawn Kelley bounced back from his last tough outing to get the save.

Teix Says He Could Return Next Sunday

Interesting little tidbit from Teix this morning.  He told reporters he expects to be activated off the DL as soon as he's eligible.  That would be next Sunday, when the Yankees will be in Tampa Bay to take on the Rays, and if that happens then it would be a huge boost to the Yankees.  They've scored 39 runs in their first 11 games, which puts them in the bottom half of the league.  They've got guys playing out of position almost every night to cover for Teix while he's out.  Getting him back in the lineup and back at first base would help settle the constant juggling Joe has to do and lengthen the middle of the order out again.

Nobody else in the organization has confirmed this yet, but Teix did start stretching and working out regularly this past week.  If he can get back to baseball activities early next week and the doctors see nothing wrong with his hammy, there's a strong possibility that his expectation can be met. 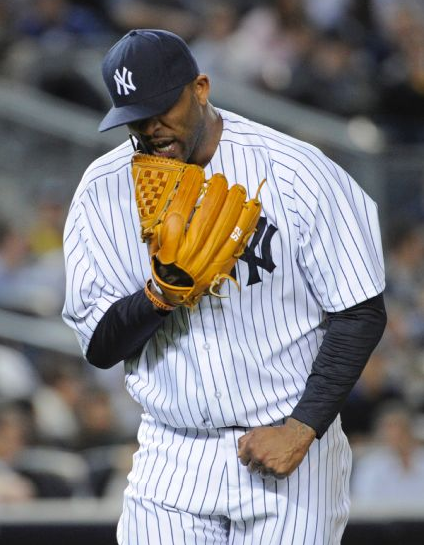 I obviously didn't get to the recap of last night's game this morning, but there's really only 1 thing you need to know about it and that's the 6th inning.  CC Sabathia was absolutely dominant from the 1st through the 5th and equally so in the 7th.  It was vintage CC, more than good enough to carry an offense that only gave him 1 run of support.  But just like his last time out, it all fell apart for him in the 6th.

It started with a Jonny Gomes leadoff home run on a misplaced 4-seamer.  It continued with a pair of GB singles.  It ended with a Grady Sizemore 3-run shot to right on a misplaced slider.  2 bad pitches to make 1 bad inning and that was that.

Other than the 6th, CC looked great.  He was locating his fastball, his sinker had great movement, and he was getting a ton of swings and misses on his slider.  He looks like a much better pitcher than he was last year, much more comfortable with what he's doing out there.  But these bad innings are absolutely ruining his outings and making his stat line look much worse than it rightfully should be.  It's something CC either has to figure out or it's something we have to learn to live with now that he's reached his mid-30s.

Posted by Unknown at 9:43 AM No comments: